A week and a bit ago, I did a post asking for some views as to which of 4 possible options for my main long distance walk for next year I should do. Here are the results and the decision.

Anyone who read the post carefully would have noticed that nowhere did I promise to abide by the results of the vote. But I was genuinely interested in what people thought, and expected some comments that would help move the discussion on. My reaction to the vote and to the comments did really help me crystallise my thoughts on which long distance walk I want to do, and here’s why.

As the votes rolled in, I stared aghast at the stats, as the early voting was favouring the two walks which I had the least strong feelings about, and which I saw more as backups if I couldn’t do either of the two I thought I would be choosing between.

1st Place in the vote

This went to the West Highland Way with 41.67%, enough to win a general election in the UK and form a government. Although I fully intend to do the WHW one day, I put in on the list mainly because it is shorter than the others and so there was a reasonable chance I would do it as well as one of the longer ones. I never saw it as my main walk, but it took people voting for it for me to confirm that feeling. Sorry, I won’t be doing the WHW this year unless I do it in training for a longer walk, or find myself with a spare week and a bit that I hadn’t planned for. The reality is that I’m expecting to spend around 6 months not working, so feel I should take the opportunity to do a walk I couldn’t fit into a normal holiday timeframe. And no @LoneWalkerUK that doesn’t mean I’m doing LEJOG – whilst on paper I have enough time to do it twice, the reality is that 2-3 weeks may be all that I can do in one block, because I can’t just bugger off to the hills and leave the rest of the family with the mundanity of school and work while I’m enjoying myself.

The Coast to Coast was a slow starter in votes terms but gathered ground to finish with exactly one third of the electorate (33.33%). I do hope that those that voted for it picked up on the point that it’s not THE Coast to Coast walk, but rather a walk of my own invention, although inspired by two other walks – the Alternative Coast to Coast (ACC) and the Ravenber Way (RW). I should have done this walk in 2011 really, and having largely planned a route, this would be relatively easy to do.

The main attraction with the Southern Upland Way (SUW) was that it is relatively unpopular (as borne out by the fact that only 16.67% opted for this) and I would have a reasonable chance of some solitude. Or it may be that Stuart voted for this as a cry for help as he didn’t want solitude when he does the SUW as his big walk of 2013. It would also be an opportunity to walk in Scotland, which I’ve not done much of. But the motivation to do this walk in comparison to my big 2 just isn’t there.

Anyone who’s been adding up the percentages has already worked out that the Cambrian Way only got 8.33%, and frankly it wouldn’t have even got that if I hadn’t, in desperation, voted for it myself. I can’t think what people have against it – or maybe it’s the stats:

It passes through the Black Mountains, Brecon Beacons, the sources of the Rivers Wye and Severn, the Rhinogs, Moelwynion, Snowdon, Glyders and the Carneddau. Surely it’s now no surprise that it is called “The Mountain Connoisseur’s Walk” 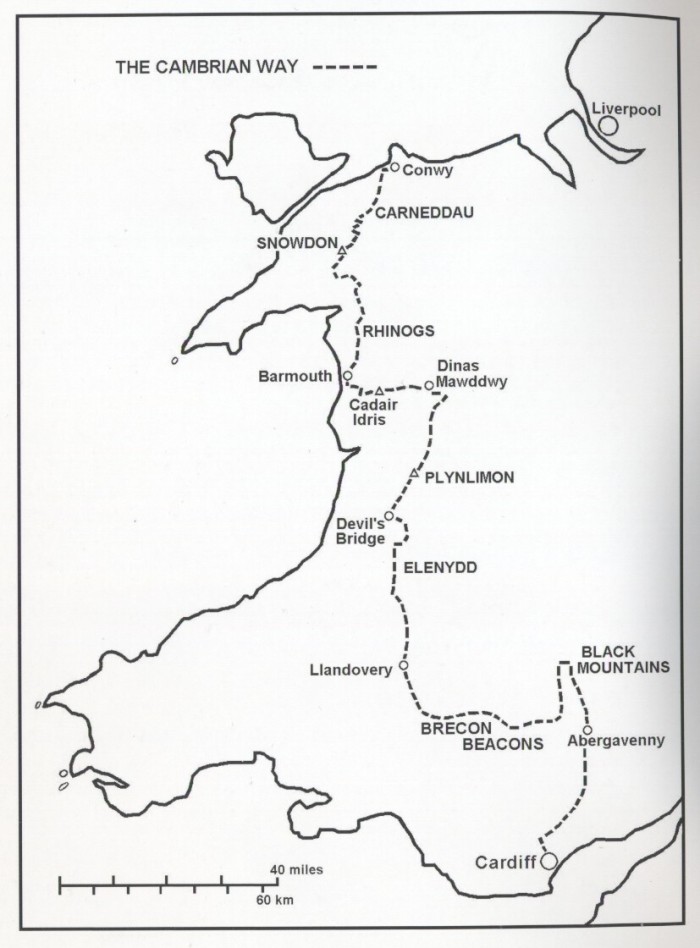 Maybe the electorate don’t think I’m up to it. Well, yah boo sucks to you all, because this is the one I’m doing.

Of all the long distance walks out there, this is the one that fired my imagination from the moment I discovered it. Yes, I one day want to do the End to End, and the Cape Wrath Trail, but all along, my first love has been the Cambrian Way, the walk none of you lot liked enough to vote for.

I toyed with the idea of doing it in 2007 when I took a 3 month sabbatical from work, and was glad I didn’t attempt it – I was so naive back then and it would have been an unmitigated disaster, especially knowing how successful the walking I did do during that time was. Then when I had my next work break in 2011, I intended to do it but couldn’t scrape together more than a couple of weeks into a single block, when in reality it needs at least 3. I even considered doing it in two chunks but this seemed to me to detract from the walk and felt like cheating.

But time has healed that particular issue, and try as I might I can’t escape the fact that this is the walk I really want to do. So I’ve decided I’m going to do it in 2013, and if I can’t do it in one block then I still want to do it enough to do it in two.

One of the other reasons planning broke down for it last time around was accommodation – it was just too tricky and gave a distance and ascent profile that scared the shit out of me. But this time I’m going to carry my accommodation with me – yes I’m going to backpack it. The aim will be to wild camp for much of the route, whilst taking advantage of the odd hostel or B&B where convenient and to provide some variety.

One of the other reasons I like this path is that there is no obligation to follow the exact route described in the book (indeed “individuality is encouraged”). Rather a series of checkpoints are set down, and provided the walk passes through them, it still counts. Together with the ability to wild camp, this should give me some flexibility to cut out some accommodation detours and to take in some of the mountains lying just off the route. One thing I’ve already decided to do is to make it a proper coast to coast walk, rather than a castle to castle walk. I will be starting on the waterfront in Cardiff before heading to the official start at Cardiff Castle. Then at the end, I will continue on past the official finish at Conwy Castle to finish on Great Orme Head at Llandudno.

My main resource for the walk will be Tony Drake’s excellent book (pictured above) and the accompanying website, and I’m lucky enough to have the most recent edition, and to have updated it myself for the errata  and addenda on the website. The next most valuable resource for planning this is George Tod’s excellent account of the walk, which he has done no less than 3 times – in 2000, 2005 and 2010. I’ve read all of his walk accounts several times, and they’re very good. 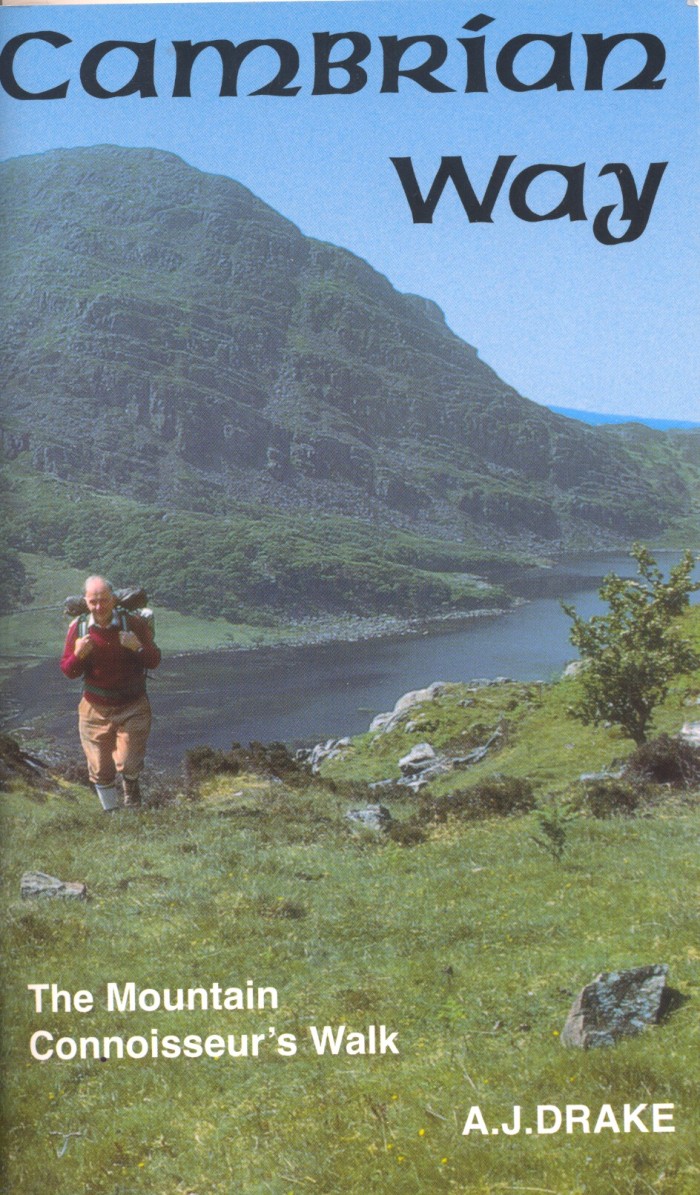 Sadly, Tony passed away earlier this year, so I won’t be able to send him a postcard of Conwy Castle as he requested completers to do.

I’m now going to start planning this walk in earnest. And it’s going to be epic.