For once my pre-walk faff with various electronic walk tracking devices worked smoothly and all that delayed me getting straight onto the trail from the station was the cup of tea I bought in the station newsagent. Even that didn’t take me long to get on the outside of, and I was shortly back on the canal.

People were newly arrived at work and it was quite peaceful. Moorhens were swimming about on the canal, doing whatever moorhens actually do. A couple of bikes sped past me, and that’s all there was to disturb the tranquility. I could happily walk like this all day. 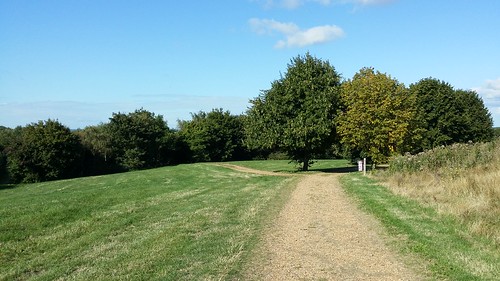 It wasn’t to be though. No sooner had I settled into a comfortable and chilled out rhythm, than signs were telling me to leave the canal and directing me through an industrial estate. I looked at the map – this was crazy: I was about to do a detour from a perfectly pleasant canal just so I could enjoy the pleasure of a golf course (grrrrrr) and a business park, before being allowed back to the canal. It wasn’t that there was no right of way alongside the canal – there was a parping great wide towpath. No it was if the London Loop planners feared people would get bored with the canal and felt the need to inject some variety. Either that or the route was devised by a pretty committed golf course bagger.

I arrived in the country park, and it was pleasant enough, but it was just really somewhere you’d go to walk the dog. But it was still better than what awaited me on the other side of the bridge across the A408. Yes, the golf course. 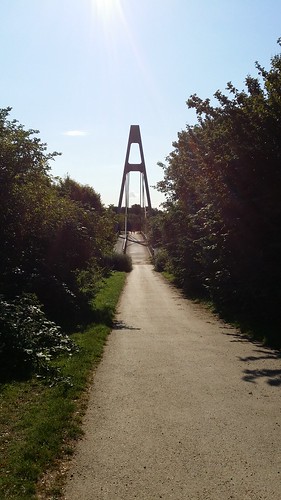 Just so as to extend the pleasure, the golf course had right next to it a business park. Actually as business parks go it was ok, but it’s hardly prime hiking territory is it ? 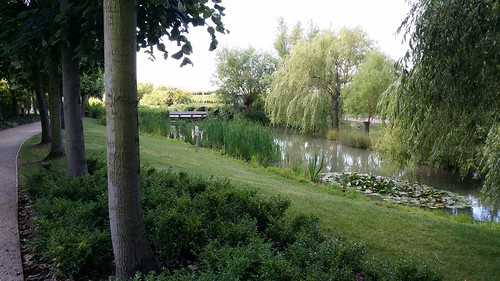 I was rewarded for my forebearance with a mile of canal afterwards, before a complicated set of ramps and bridges engineered a right turn to pick up the Hillingdon Trail again heading south for Cranford.  But not before some fun trying to pick up the waymarks again after crossing the A312. I passed under the M4 and was then in Cranford Country Park proper. 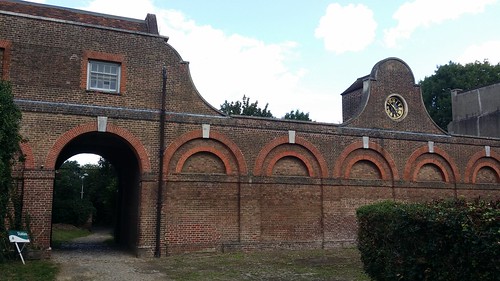 Soon I found myself in woods with a set of dirty ditches on my right, and a sign proclaiming that they were oxbow lakes. I’ve waited 27 years since ‘O’ level geography to actually see one for real. It wasn’t worth the wait… 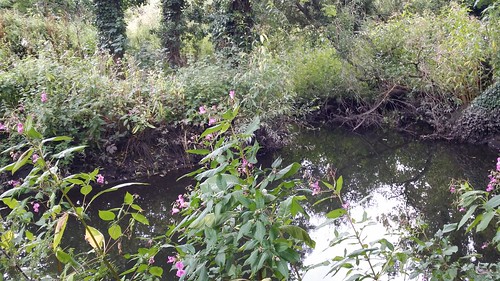 By now of course, it was becoming blatantly obvious that I was nearing Heathrow. The amount of noise above grew greater with every step. Crossing the A30 was easier said than done, and involved a detour to Hatton Cross through the outskirts of the airport parking lots. A steady procession of aircraft came in low, with a queue of aeronautical headlights forming in the sky behind. I stopped by the side of the road to capture some shots – easier said than done due to the targets insisting on moving constantly. 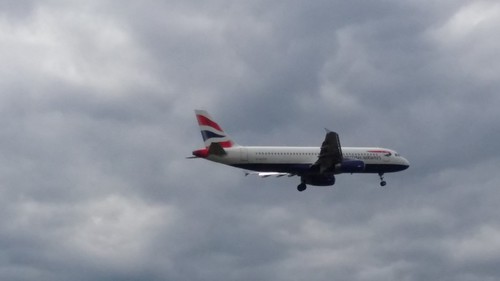 It took ages to escape the activity above me, and as I passed into Donkey Wood the queue of planes was directly overhead. All of a sudden a huge roar made me look up to see a double decker A380 coming in. I’ve been on one of them and they like to use the whole runway, so this seemed incredibly low. Gradually, as my steps took me away from the flight path, the wood begun to muffle the sounds and they receded into the background. I found the boardwalk through the wood and bounced along its springy length. 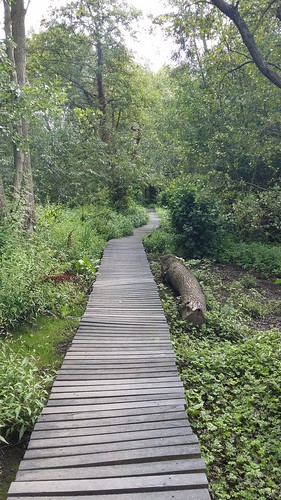 Miles passed following the gently meandering River Crane, and then because I hadn’t had a golf course for a while, up one popped. Luckily the path went right around the edge of the Hounslow Heath course and deposited me on the Heath proper. Yet another of the green spaces that London has so many of. A walk along a main road gave me the opportunity to grab a bag of chips for my lunch, and these were eaten as I headed for the parkland that lies alongside the River Crane. A long strip of dogwalks really, but there was one thing of interest – the Shot Tower, a legacy of the old Hounslow Gunpowder Works. 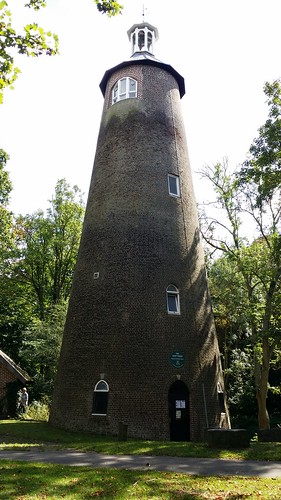 Starting to flag now, I found myself walking residential streets to get to the next minute scrap of green in the form of Fulwell Park, and having decided to stop and get the train back from Fulwell, just had the last walk along residential streets. It was at this moment, right under a London Loop waymark that I encountered the first Loopers I’ve seen (well knowingly seen) since Rainham. We paused a while to chew the fat, and enduring their taunts of “You’re going the wrong way”. (Actually, maybe it’s for the best that I haven’t met many people if I’d have to put up with that every time!).

I reached the station and begun the cross-London journey home.