Just my luck that the track at Wimbledon broke during the morning rush hour this morning, causing cancellations and delays all over the place. Even when I did get my train back out to Fulwell, it missed out a load of stops and then when we got to Kingston they announced that the train would terminate early – luckily at Fulwell. I’m glad I wasn’t going further.

It wasn’t long though before I was approaching the entrance to Bushy Park, and as I drew up to the gate thought I may have to run for my life in order to negotiate it. As I read the sign though, it became clear that I just needed to not walk so slowly that I was still there on Monday night. 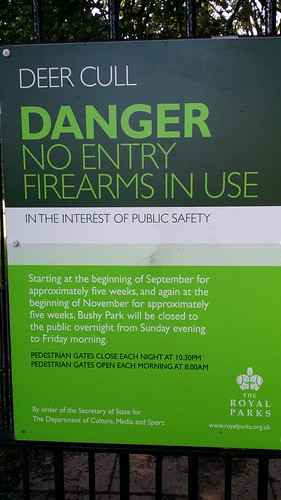 I stepped into the Kingston Penitentiary for Cervine Delinquents, and looked across the long grass to the inmates of Death Row. 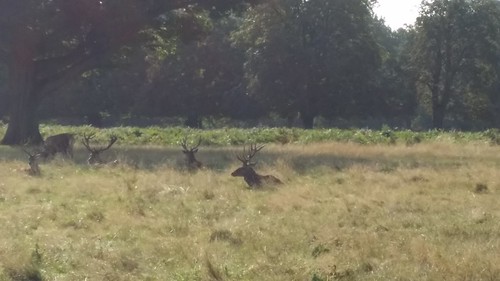 As I walked through the park, this being my first visit here, what struck me most was the unkempt nature of the terrain, at least in this part at the western extremity. This was a welcome change from some of the more manicured parks I’d already walked through on the Loop. 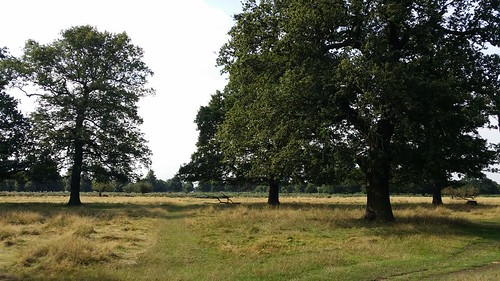 After the shenanigans of last time in trying to find the way, right from the start today I relied on the map more so than the London Loop waymarks, and this successfully got me through the park to the first plantation, where I spent a few minutes by a pond watching a family of coots (I think – I can never seem to tell the difference between coots and moorhens), doing some DIY on a precarious looking nest in the middle of the pond. One parent seemed to be doing the lion’s share of the actual collecting of twigs and building though, while the other supervised baby’s swimming lessons. 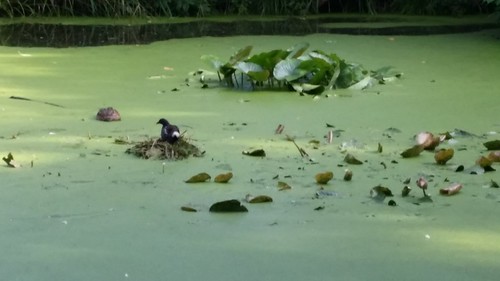 After the pond, the path wound through a section of plantation before emerging into open parkland again. 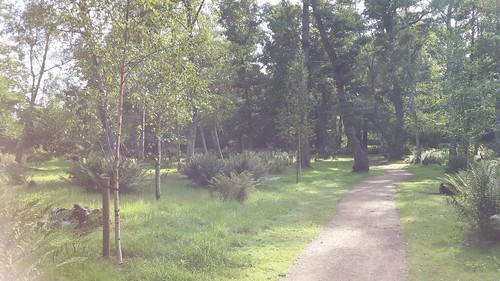 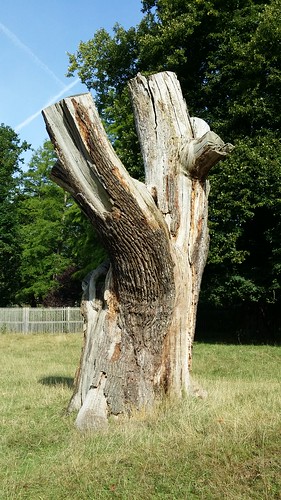 I crossed the road and stopped briefly by an old pump while I tried to work out where the LOOP went now. 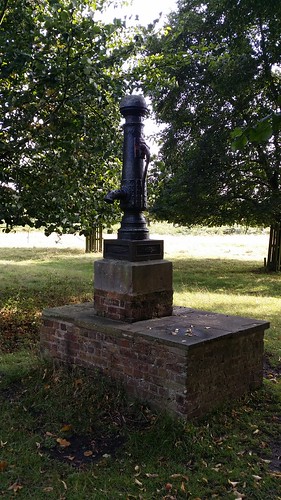 Undergrowth negotiated, I finished off the rest of the park and emerged into Kingston. 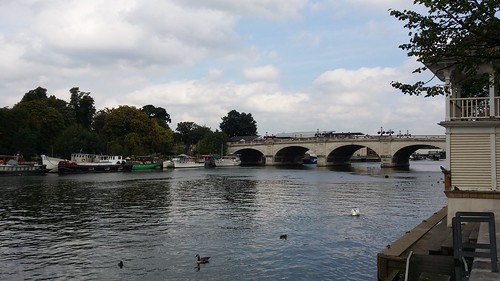 Very soon I was at the confluence of the Hogsmill and Thames rivers, and I began the journey up the inspiring named tributary. 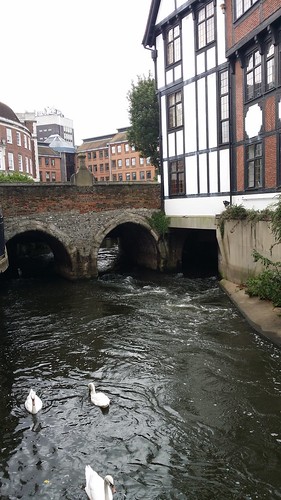 A short way further on outside the Guildhall, I found the ancient Coronation Stone, said to be used for the coronations of 7 Saxon Kings. 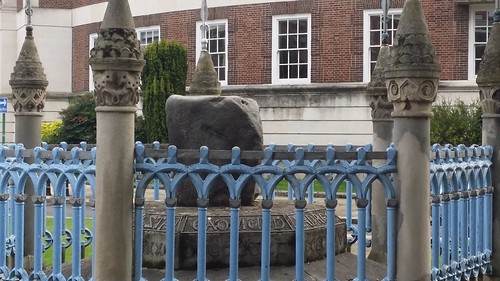 The Hogsmill runs largely unnoticed through the urban sprawl, keeping a dismal course among the roads. And it was here that I lost the way marks and found myself heading completely the wrong way on a main road. Retracing of steps was needed. 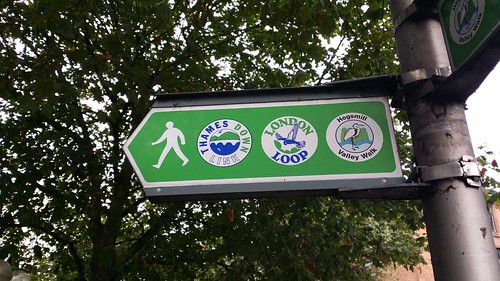 A moment of drama as I followed the cycle path, sticking to the right signed as being the pedestrian “lane” at either end: a cyclist came and a standoff ensued as we headed inexorably towards each other on the same strip of tarmac. I’ve had it up to here with constantly having to get out of the way of cars and bikes, and I certainly wasn’t going to yield this time. With the phrase “stupid fucking man” sounding out in my direction, the cyclist conceded the ground and headed away with my best wishes for either the acquisition of some brain cells or an early lorry-related demise chasing her retreating back.

Soon I was passing Berrylands station and a few streets and bits of urban parkland later was approaching West Ewell and a convenient stopping point. 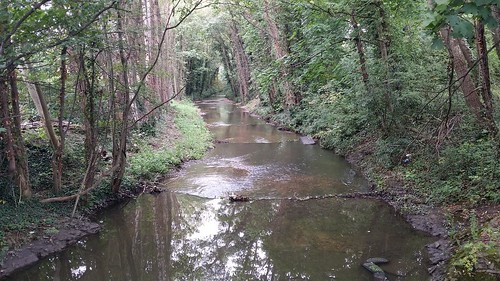 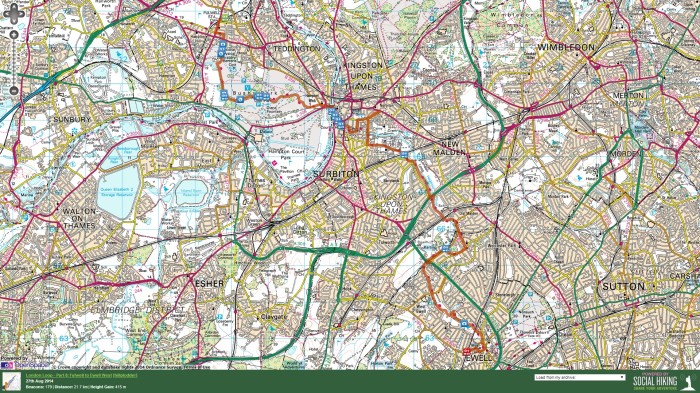