It’s really rather nice sitting here by Derwentwater taking in the views and attempting to transfer them to paper, and I don’t regret the way today’s plans have worked out at all.

Never has a walk plan changed so much as today’s has. Having made sketchy arrangements to meet up with Paul (@paulgbuck) for a pint as he would be staying in Keswick for the weekend, it seemed that tackling the 6 northern fells I have left would be sensible. This idea was then scuppered by a combination of the bus timetable and the fact that Paul wanted to meet up on Sunday, when the paucity of buses becomes even more meagre. It just wasn’t going to fit, and I didn’t want to tackle the group and leave stragglers to come back to.

To tell the truth I also fancied a gentler Sunday anyway, and my first re-plan involved getting the bus up to Wythburn and exploring the tarns below Armboth Fell and Ullscarf – a walk I could shorten or extend as desired. I could even drop into Borrowdale and get the bus into Keswick from there.

On the bus journey itself, I briefly toyed with the idea of mooching around Grasmere, and then a short exchange of messages with Paul settled it – I’d do something I’d been meaning to do for a while first, and then meet up with Paul to climb Latrigg and the have a pint or two after.

So this is why I ended up staying on the bus to Keswick, and then ambling out to Friar’s Crag, the traditional artists’ spot by Derwentwater. I felt it was about time, in a week when a series of mini breakthroughs as an artist feel like they’ve happened.

The first of these was somebody seeing my work and wanting to use it on their website. Admittedly, it’s only a quick and simple pencil sketch of Blencathra that I did 3 years ago and that I could probably execute a lot better now. But they wanted to use it as part of the identity of their site, and it felt like an occasion to just see where it leads to. You can see the piece at http://www.teamfell.blogspot.co.uk/ and on Twitter at @TeamFell. It’s easy to spot – they’ve used it as their header image.

The second was the feeling that I was getting somewhere in my Thursday art class. For the last few weeks I’ve been experimenting with ink and watercolour and it’s a medium that I’m taking to more and more. Drawing directly in ink seems to remove the hesitation that’s present when working in pencil, and seems to work better with my lack of precision in watercolour. If I make a mistake, I just have to go with it and this has encouraged a bolder approach all round.

The third step was executing some pictures that I’d never previously have felt I could do in watercolour alone.

The final step is the one I’m doing now – painting “en plein air” without the crippling feelings of self-consciousness that have previously accompanied such attempts. With all of the progress described above, I felt it was time to tackle one of the classics – the view of Catbells over Derwentwater from Friar’s Crag. This is one of the most common settings for artists in the Lake District – obviously because it’s a good view, but ease of access and not having to lug all of your stuff up a hill no doubt helps.

I have two challenges today though. Firstly the strong sunlight pouring into Borrowdale as the morning advances, and secondly the assemblage of people that I can sense standing behind me trying to look at what I’m doing without actually appearing to be looking at what I’m doing. Or maybe, they’re just annoyed I’m occupying the whole bench. Anyhow, I just go for it.

It’s a pleasant couple of hours working up an initial sketch and then a full size effort. I’m not overly happy with the results, and I chalk this one down to experience – something I had to do. The picture itself I can improve when I get home.

I amble back into Keswick and meet a consumptive Paul at the Moot Hall. He’s still suffering from the chest inflection he had in Dartmoor. We set off along the Cumbria Way, the path up through the woods of Whinny Brow as muddy and treacherous as ever. 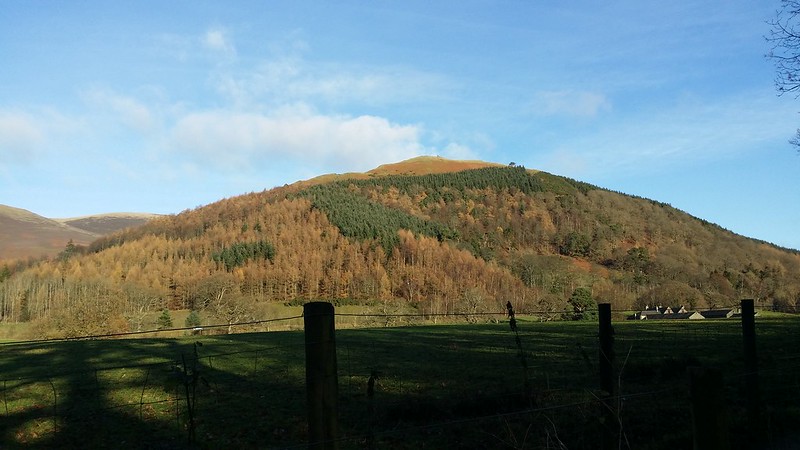 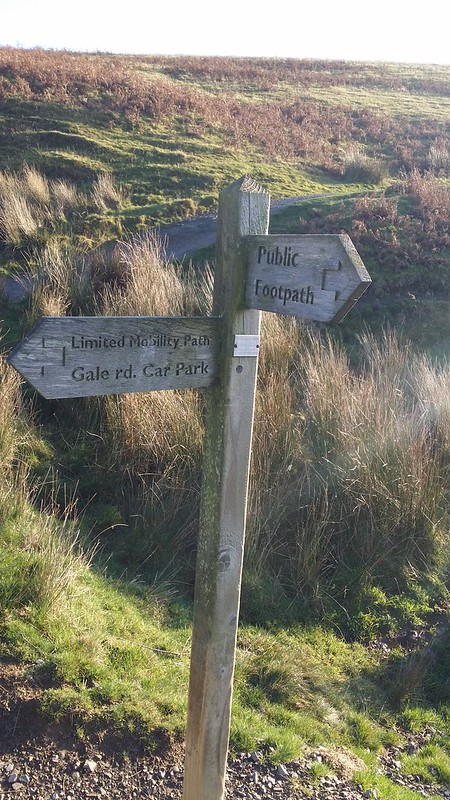 Debated whether to take poorly @paulgbuck up this way 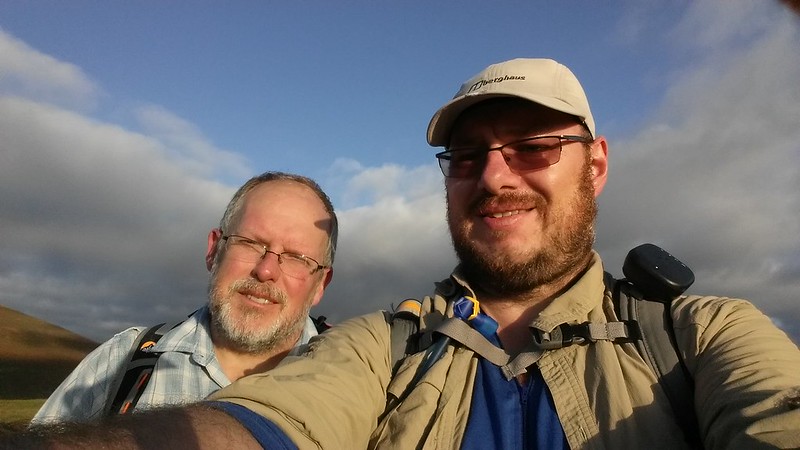 In light of Paul’s TB we take it easy, but even so it’s not a long walk up to the top of Latrigg. There we stand and enjoy the views in all directions: the obvious splendour of the view into Borrowdale where the sun is racing towards the horizon and casting that spooky light over the valley that’s so much a feature of this time of year. The grace of the Dodds and Helvellyn. The richness of the dead bracken on the slopes of Skiddaw. The, as yet, unmet challenge of Blencathra soaring above us. 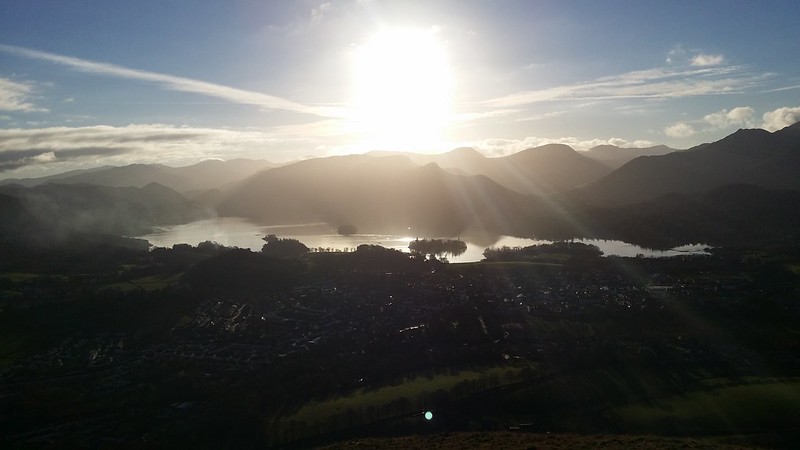 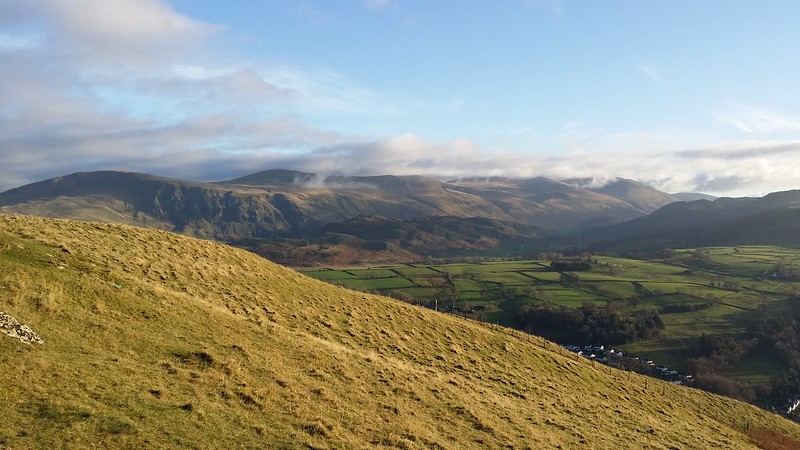 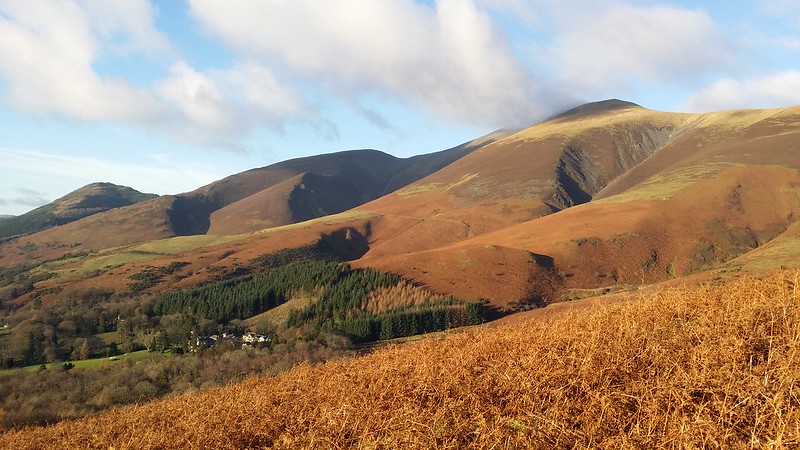 We stick it out for a while to make the most of the sights, but ever conscious that beer time is precious too, we descend to the Gale Road car park and return back along the Cumbria Way. We hole up in the Royal Oak and a couple of hours speed past.

Saying goodbye to Paul for now (I’m surely going to see him again on Dartmoor in the not too distant future), I make the last bus back to Ambleside at the dirty stop-out time of 17:25. Having eaten in the pub already this gives me a whole evening to kill, and I take myself off to Zefferelli’s to see Mr Turner. That’s a film, not someone that works there.

Barry from Auf Wiedersehen Pet is excellent as expected, but 2½ hours requires some commitment from the audience of 9 people. Even at this length it feels like the film has been cut in numerous places, as no sooner is JMW heading out on a trip somewhere to sketch, a moment or two later he’s back in his studio. Disjointed it is. Nevertheless, I enjoy the film, but it’s not one I will feel the need to see again or buy on DVD. But it completes the arty feel of the day.