“It will be quite mild”, said the weather girl on the local news, stood there in her overly fancy dress at 7:30 in the morning. Her colleague, Carol Kirkwood, on the national programme concurred, although being Scottish I imagine anything above about -10C is mild to her. But let me make one thing clear – it wasn’t mild today…

After the success of yesterday’s walk, confidence was up, and I was now very much in the mode of doing as much as is physically possible before the mid-week storms blow in. Now firmly set on the quest to visit all of the tors, it was also about maximising the numbers in the most efficient way. I live 200+ miles from Dartmoor so, just like my experiences in the Lake District, it feels like there is a need to make each trip count. I also had one eye on the Social Hiking Dartmoor League Table, and had a yearning to see if I could break the 100 barrier on this trip.

This meant that I spent a fair while last night looking at various combinations of walks below and to the left of Princetown, and I came up with a route that would wind its way across the tors of Walkhampton Common and dip into some of those around the Burrator Reservoir, leaving a whole bunch around King’s Tor, Great Staple Tor etc for a final day and a bit grand mopping-up backpack.

Accordingly, I set out down the track that bisects the Plume of Feathers car park, making for South Hessary, making a couple of stops to add extra layers as the usual “start the walk feeling a little cold and then warm up” approach wasn’t working. Out came the gloves for the first time this trip. Soon I was nearing South Hessary Tor.

My next target was Cramber Tor, going via the trig point on the open hillside as a waypoint. As I approached the trig, another lone figure was converging with me. But the miserable git didn’t want to even say hi (so he was probably from over the Cornish border 😉 ), despite me quickening my pace to coincide my arrival at the trig for just that purpose.

I stayed at the trig for a few minutes to allow Social Hiking to register the point as I was about to change direction and was using the Spot today with a much longer interval between beacons.

I was soon at the low-lying Cramber Tor and it was elevensies time.

To the north I could see a low outcrop on a hillside just the other side of a bit of a dip – this was Hart Tor, my next target. I made way across the gently sloping terrain, crossing the brook and arriving at the tor.

Black Tor, however, involved a more serious stream crossing though, but I found a place to cross the River Meavy and was then climbing up to the tor.

Black Tor offered a moment to review progress and decide on the next leg. Sharpitor looked a fair way, but Leeden Tor seemed quite close, and my legs seemed to like the idea of the latter more, so I headed down to cross the road. It was as I was doing so, that I found mobile signal and had a text from Paul to ask if I was ok: Social Hiking was showing me still at the trig for the last hour. A reboot of the Spot was needed, as well as a message to confirm that I hadn’t been taken by a Baskerville beast.

I didn’t spend that long at Leeden Tor as (a) it was really cold, and (b) I could see my next destination not far away – the triangular mass of Ingra Tor. A nice shape but not impressive from this angle, the true extent of Ingra Tor only slowly revealed itself as I climbed over the apparent small pyramid to find a lot more behind.

A yawning chasm, evidence of some former quarrying, and some more extensive outcrops leading to the summit kept my interest. The more I saw of this tor, the more I liked it, and I slowed my pace so as to explore it properly. This was the obvious place to stop and have lunch too. Unfortunately I did have to almost put on every layer I had as it was so cold, and I sat freezing my bits off on the tor, roundly cursing those people in their nice warm office on the outskirts of Exeter. I resolved that if any bits did actually fall off in the cold, I would wrap them around a brick and chuck them through the Met Office window on the way home.

I couldn’t stay at Ingra Tor forever though, however much I’d have liked to, so got going, along the old railway track, which also offered a good viewpoint to look across towards Merrivale and some of the tors we did as a group back in mid-November.

Soon I was approaching an old railway bridge that lay between Fur Tor and Yes Tor. Tactically I got this wrong, going for Fur Tor first and then having to backtrack and cross the bridge for Yes Tor.

Fur Tor was ok, but Yes Tor was pretty unspectacular and barely worth the effort, so I didn’t linger, carrying on along the railway track to the base of Swell Tor. I climbed up through the quarry workings to find something resembling a top of a tor. Actually, there’s not much up top and all the interest is in the quarry really.

King’s Tor lay not far away to the north west, so I headed over, my plan for today shot to pieces, as I’d planned on leaving this for tomorrow.

King’s Tor was another goody though, and well worth the visit. Several piles of rocks with flat patches of grass alongside seemed promising, and mental notes were made for future camps.

With the clock ticking down, and more importantly my inclination to walk much further, I turned for home, with just one more to do on the way – Foggin Tor. 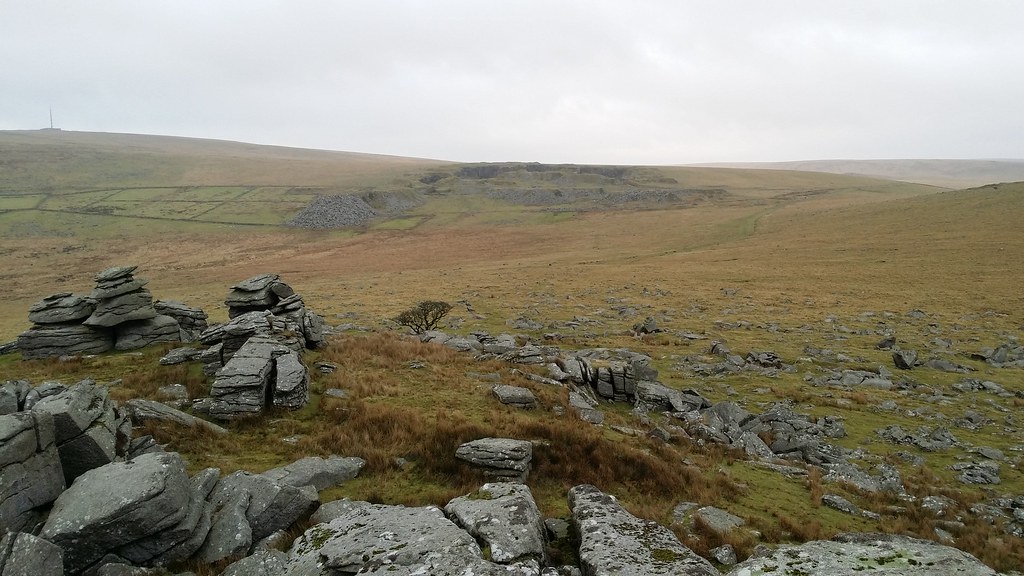 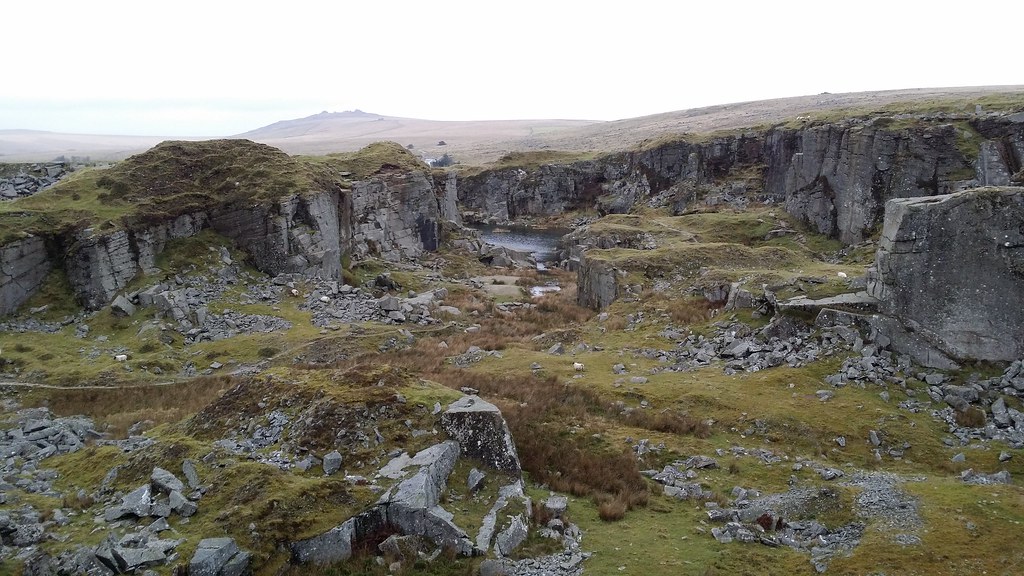 This one seemed to take ages to negotiate, but eventually I made it to the top and got a view of the pond that Phil did his wild swim in when he was here last year.

Heading home now I cut the corner off to the track that led below North Hessary Tor and the bright lights and fleshpots of downtown Princetown.

Today I felt I turned a bit of a corner, appreciating the flexibility to change my route at a moment’s whim, and being introduced to some tors I liked very much and could see being firm friends. It’s not one of the better-known sexier tors, but Ingra went straight in as my favourite, even though as I sat there hordes of brass monkeys ran screaming past.