A sleepy Saturday afternoon it was in Meopham as I parked the car. A rather leisurely-looking game of cricket was taking place on the green, a cyclist was taking a rest and that was about all there was in terms of signs of life. I threw my pack on my back and headed off down a nearby footpath.

Gently downhill, the path fringed with blackberry bushes, not enough ready to really bother stopping to pick. At the bottom, a walk along a shallow grassy valley, the cows living there just as sleepy as the cricket match.

I came upon a closed gate, the fence either side either invisible or not actually there. Another one for my album of useless path furniture.

The next path cut across a rugby pitch, which just seemed like an extension of the neighbouring house’s garden. Two large dogs were noisily patrolling their territory, and knowing the effect I have on the canine species as well as being outnumbered, I opted to take the slightly longer route along the road to join the next path.

A path junction and I cut across a rough grassy field and up through another. Into the woods and I emerged into a wide grassy clearing, my initial target for the camp. Finding that I’d be visible from all sides, I explored the adjacent woodland and fields. Pheasants and squirrels fled in all directions as I approached. 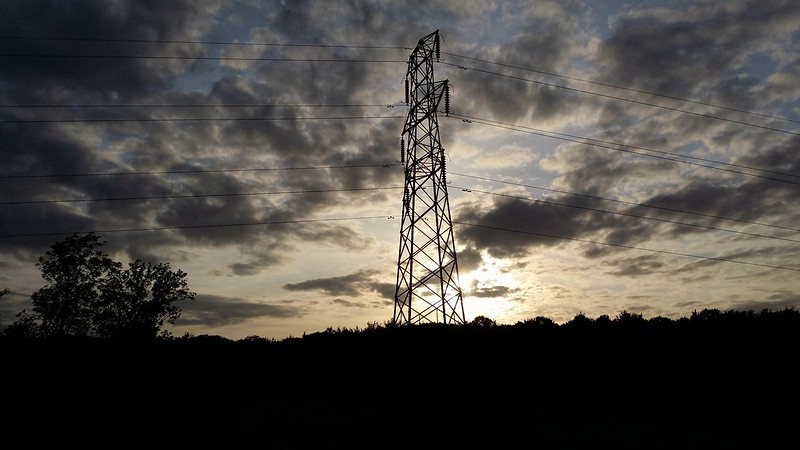 A likely spot in a field of poppies came up and I explored the margins of the land for a secluded spot away from the designated paths. A suitably flat and grassy area presented itself at the field edge away from the crop area. Teazels provided a fence around the pitch and obscured the tent from prying eyes. Better still I just about had a 4G signal. It was decided, this would be the spot.

The sun sank behind the trees, chilli and beer were consumed, and I retired to the warmth of the tent, lying on my back looking at the stars above.

Sunlight felt its way over the tent, and I popped my head out to see sunrise getting going. Anxious to be packed up before the first dog walkers were out and about, I dressed, cooked breakfast and packed up all in short order.

A minute’s walk and I was back on the footpath heading down into the valley. A hen pheasant cornered in the corner by the gate, frantically flew headlong at the fence, desperate get away from me. I backed up to give her an avenue of escape. Dew soaked my trail shoes and penetrated the mesh. At the bottom a choice – more of the same wet walk across fields, or I could just use the lanes to return to the car. Wanting to get on with the long list of things I wanted to do, I opted for the lanes and found myself back at the car a little under an hour from camp.

It wasn’t a long walk – a little over 6 miles in total – but this time the objective was the camp. This keeps me on track for at least one wild camp every month this year, and with work as I can’t get to the hills as often as before, brief escapes locally are invaluable. It was also a chance to test the new shelter, which I’d been itching to do all week. More about that in a future post.