It’s a little known fact** that the version of Charles Dickens’ Oliver Twist that we all know and love is in fact not the original version serialised starting in 1837. For instance, the most famous scene originally went thus…

…The evening arrived; the boys took their places. The master, in his cook’s uniform, stationed himself at the copper; his pauper assistants ranged themselves behind him; the Ambronite was served out; and a long grace was said over the short commons. The Ambronite disappeared; the boys whispered to each other, and winked at Oliver; while his next neighbours nudged him. Child as he was, he was desperate with hunger, and reckless with misery***. He rose from the table; and advancing to the master, basin and spoon in hand, said: somewhat alarmed at his own temerity:

“Please, sir, could we have gruel tomorrow instead.”

How did this come to pass ? How could a story we feel we know so well have been tampered with. Well the answer isn’t difficult to understand if you actually try some Ambronite. It’s utterly horrid. Quite probably the famous version of Oliver Twist was put out as a piece of propaganda by Ambronite to bury this far from ringing endorsement**. 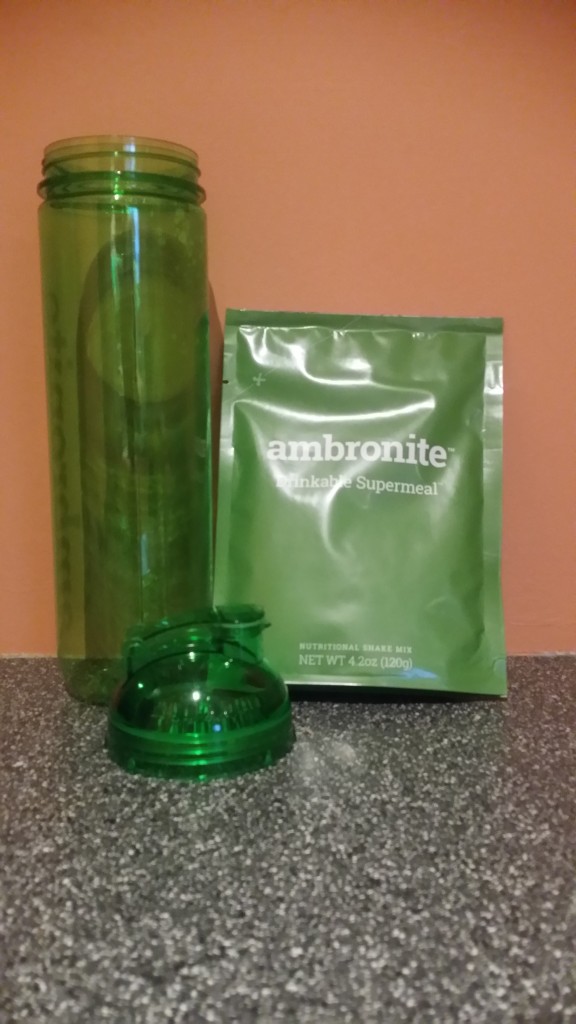 In an attempt to resurrect this product out of a Victorian sewer, Ambronite sent me a nice pack containing ten sachets of powder and a bottle thingy (ok, the bottle’s quite nice) to shake it all up in. One morning recently I made some up, didn’t bother with the long grace (I wish I had now though), and started pouring it down my neck.

Luckily I was standing near the sink, as this caught most of the fountain of spew that issued forth from my facial orifice. One sip was enough to tell me this was firmly in the mould**** of Victorian workhouse cuisine. I tried a second just to be sure. Needless to say, there was no improvement. Treating it like a live hand grenade I staggered weakly to the smallest room. The toilet begged me not to do it, but it was no match for the force of gravity as the oaty slurry tumbled heavily into its embrace.

Too often people feel some pressure to write positive things, or at least not say anything negative, when they’re sent stuff to review. I have only negative things to say about this product.

In the interests of balance, here’s what Ambronite say about it:

“Ambronite is a quick and healthy drinkable shake. Each bag contains one full meal (500 kcal) of all of your essential nutrients.

Ambronite goes where you do; Home, office, in your bag and on your travels and outdoor adventures.

Packed with natural goodness and free of artificial nasties, it tastes of oats and fresh nuts with a hint of Nordic herbs and berries. The pure, neutral taste mixes well with water, juices and your favorite fruit. Ambronite is more than a traditional meal replacement – that’s why we call it the drinkable supermeal.

Get over hunger for 4-5h-Boost your productivity and stay in flow
-Avoid afternoon sleepiness and sugar crash
-Concentrate on what you do best
-Get everything your body needs
-Only organic real-food, no cheap supplements

It doesn’t take a genius to work out that if it contains all that goodness, it’s most likely going to taste like shit. Which it does.

Having said that, I can accept that people that drink nutrition shakes might like Ambronite, or at least be able to tolerate it. I certainly don’t.

Finally, in their marketing Ambronite say that you can take it everywhere, including on your outdoor adventures (ah, now you see the relevance!). Yes, but why would you ? This idea is flawed in manifold ways:

So in other words I don’t buy the argument that this is great for outdoor adventures – it offers little in the way of nutritional advantage, the amount of water needed is a burden, and if you haven’t grasped it yet IT TASTES AWFUL.

Does anyone want some Ambronite ? I’ve some going spare. I prefer the bottom of the hamster’s cage.

Disclosure: Ambronite offered me the product to try free of charge (and like a mug I agreed to it). You may have guessed that I felt under no obligation to paint a glowing picture if unwarranted.

**Ok, hopefully you’ve realised by now that this is totally made up. Clearly Ambronite wasn’t around in Victorian times. after all they had a superior product – gruel.

***Obviously this was because he’d consumed the Ambronite. Poor sod.

4 thoughts on “Can We Have Gruel Instead ?”