Cath (@wellycath), being the incredibly juvenile middle-aged person that she is, could not let the opportunity to visit a comically-named mountain go, and so the Tuesday of Easter week saw Cath, Andy and I set off on the quest. To where I hear you ask ? To here of course….

A route having already been thought up beforehand, a slightly later than intended start led to some refinement in the car, and instead of parking at Pont Cadwgan we shortened the walk by parking further up Grwyne Fawr. The car was abandoned in a lonely car park with just one other vehicle for it to talk to while we were away. So desolate was the car park that we considered parking next to the one car, purely to freak them out! 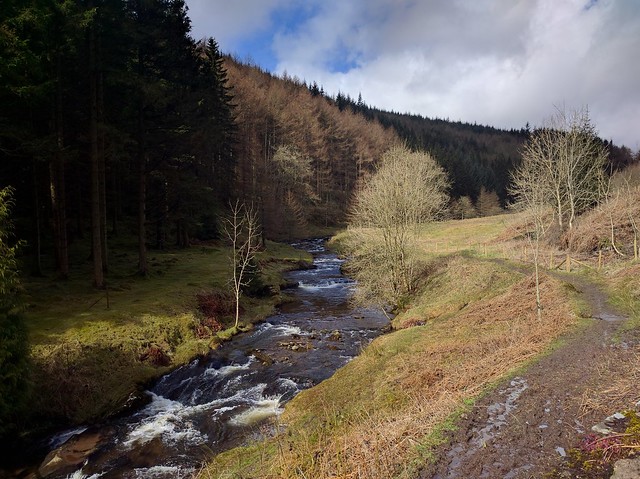 We headed up into the trees and zig-zagged our way up the side of Chwarel y Fan. emerging on the hillside to a view of the reservoir and some glimpses of the last of the snow (or so we thought) on Waun Fach and Pen y Gadair Fawr. 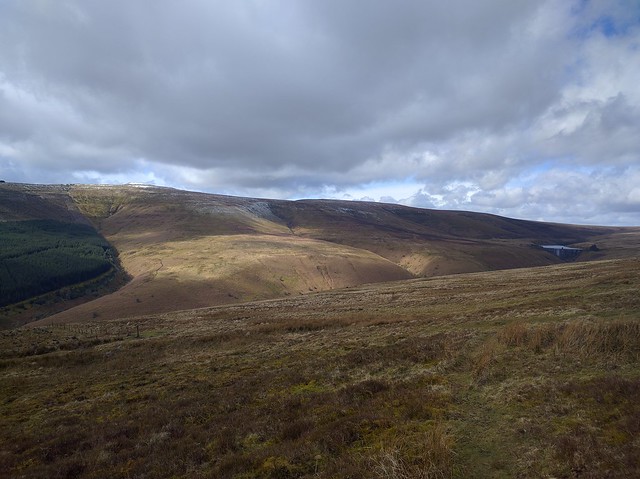 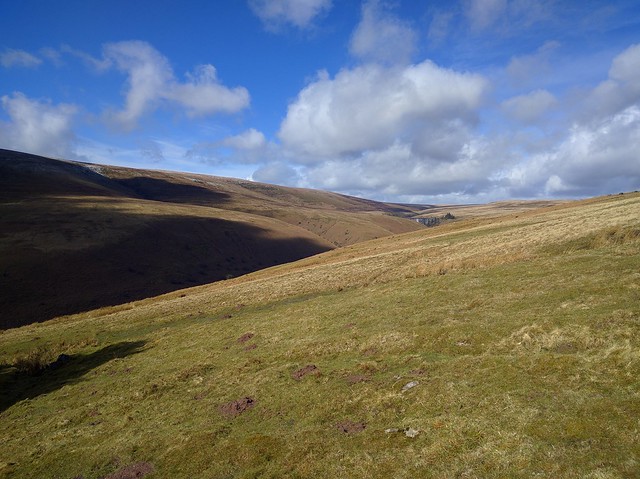 One advantage of parking at 400m altitude was that within 45 minutes we’d reached the top of Chwarel y Fan. As much posing for pictures and looking around at the views ensued as we could bear in the strong breeze. 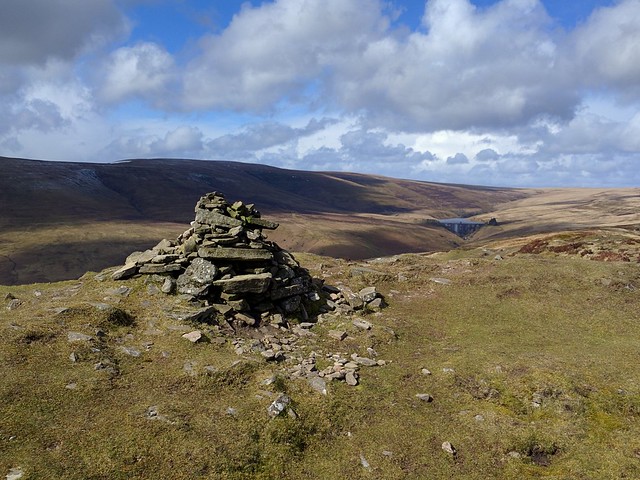 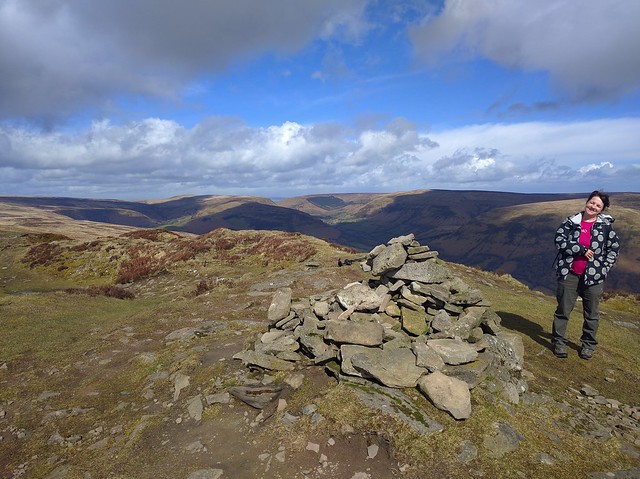 The long walk along the ridge towards Rhos Dirion occupied the rest of the time before our late lunch. 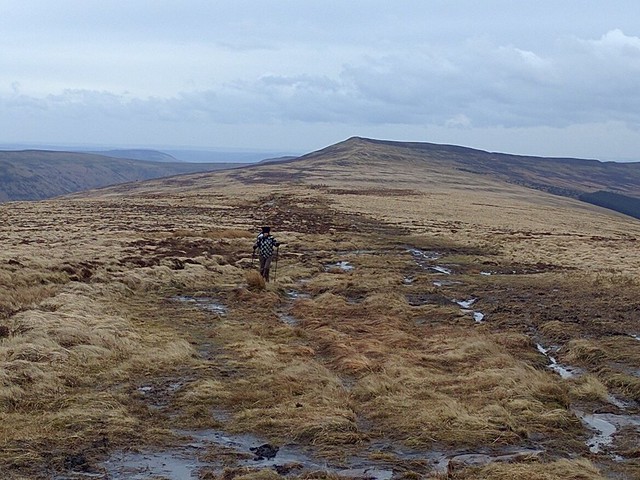 Rather than head over Rhos Dirion, we saved the summit itself for the return leg, turning off just after Twyn Talycefn to contour around to the col. A patch of reasonably unmucky heather and rough grass cushioned our bots as we sat down for lunch. As the hot Ribena flowed and the first bites of sandwiches were taken a few snowflakes begun to fall. A few bites later and I observed that the snow seemed to be laying.

We didn’t linger over lunch, but even so as we resumed our course towards Twmpa, the ground was already covered in a thin film of white stuff and more was falling. The first slips and slides were had. In the col, the ferocity of the snow storm seemed to be at its worst, and the first discussion about continuing or bailing was had. The top of Twmpa, however, wasn’t much further and so we decided to see how it went – we could always turn back. We’d not come for serious winter walking. 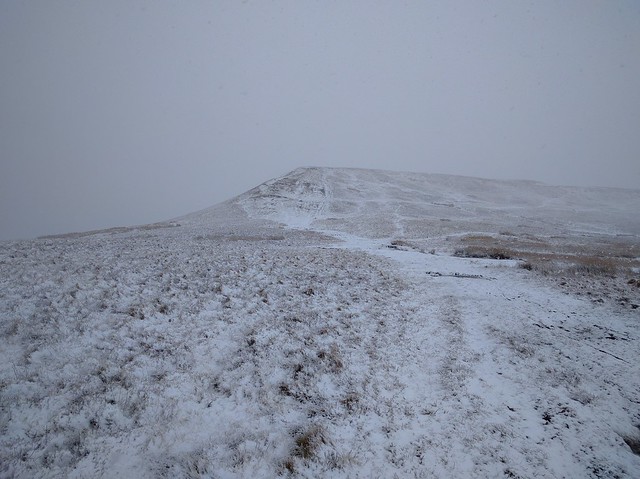 One tricky patch of eroded hillside later and we were at the summit, and finally Cath had made it onto Lord Hereford’s Knob, a long-standing ambition of hers. 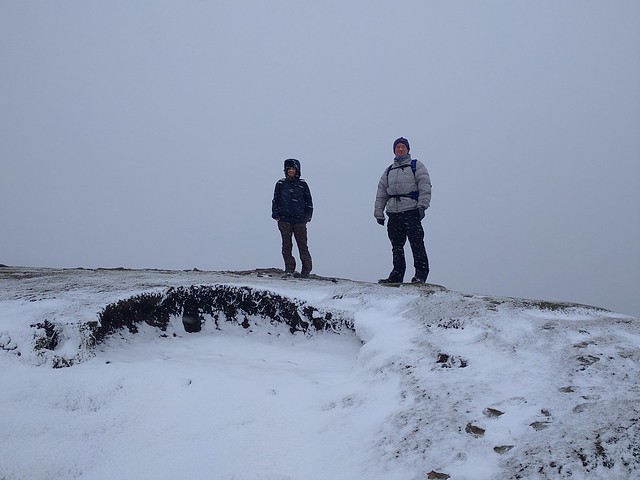 Carefully, we headed back down to the col and climbed up towards the summit of Rhos Dirion. 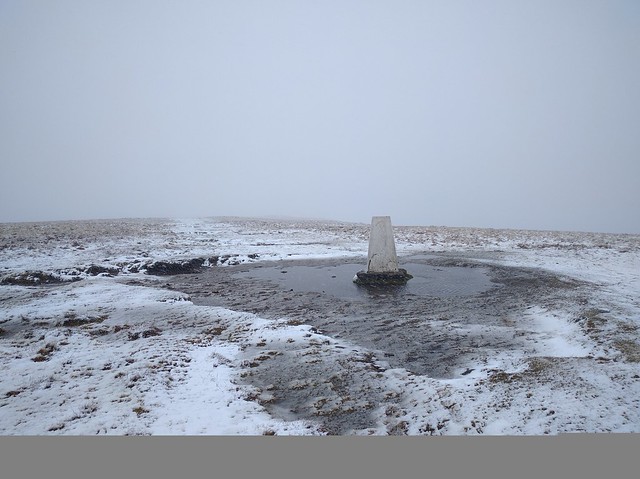 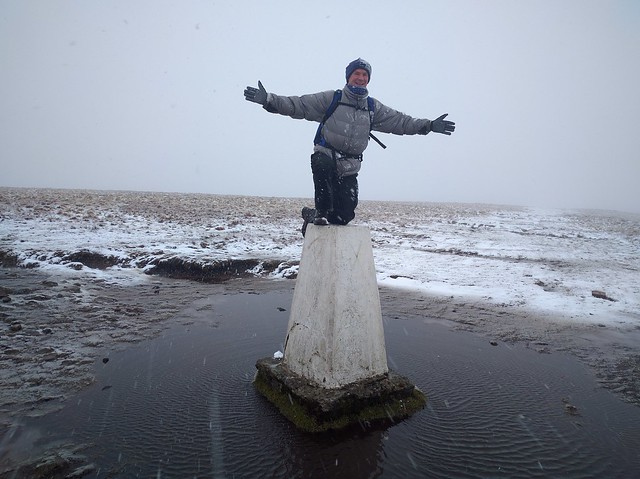 By now snow and rime had coated my glasses and made seeing difficult. A tricky game of “trust the frozen bog” saw us head south west, the Waun Fach ridge left for another day, and a quick return to the car agreed upon. We reached a fence which didn’t appear to be marked on the map, and the compass was consulted. Logically the fence was going in the right direction and we used it as a handrail to funnel us into Blaen Grwyne Fawr. Safely on the path that would take us right back to the car, the snow stopped and blue sky emerged. 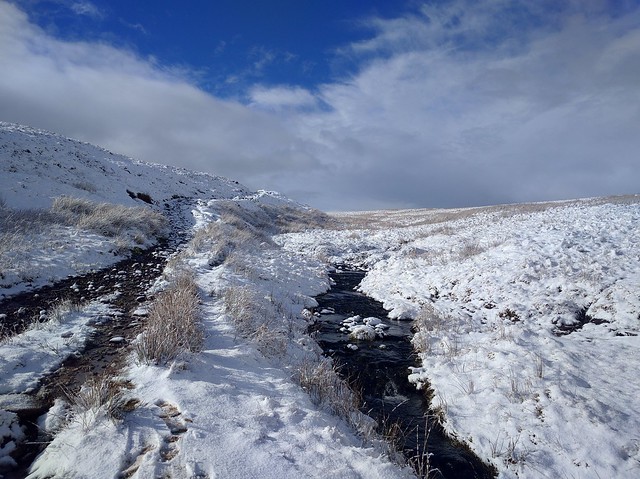 We trundled back down the path and after a while spotted the reservoir. It was now a simple matter of rolling along the path back to the car. 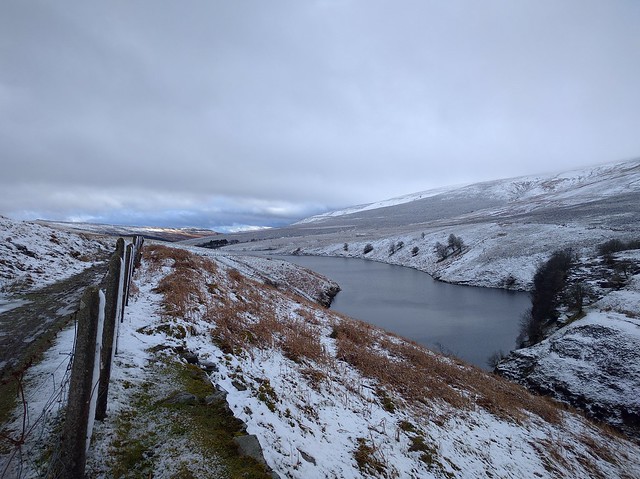 We’d just made it back to the car in daylight, and so cutting out the last part of the walk turned out to be the right decision. So I’ve still got a straggler in Pen Twyn Mawr to return and bag.

6 thoughts on “Three for his Knob”