The group had by now broken up, Paul and Jim heading north to Paul’s house, Phil and Sarah heading home to the Far North and the arctic wastes of Bristol. Cath too was heading home, but as her chauffeur I proposed a walk that would fit in with the run to Exeter. We headed off to Widecombe and parked up roadside close to where it all began. This time, though we were operating south of the road, and made our way up onto the down, starting with one we had done last time: Bovey Rock.

Too cold to be standing around we got going, passing by the Shovel Stone to Hollow Tor. 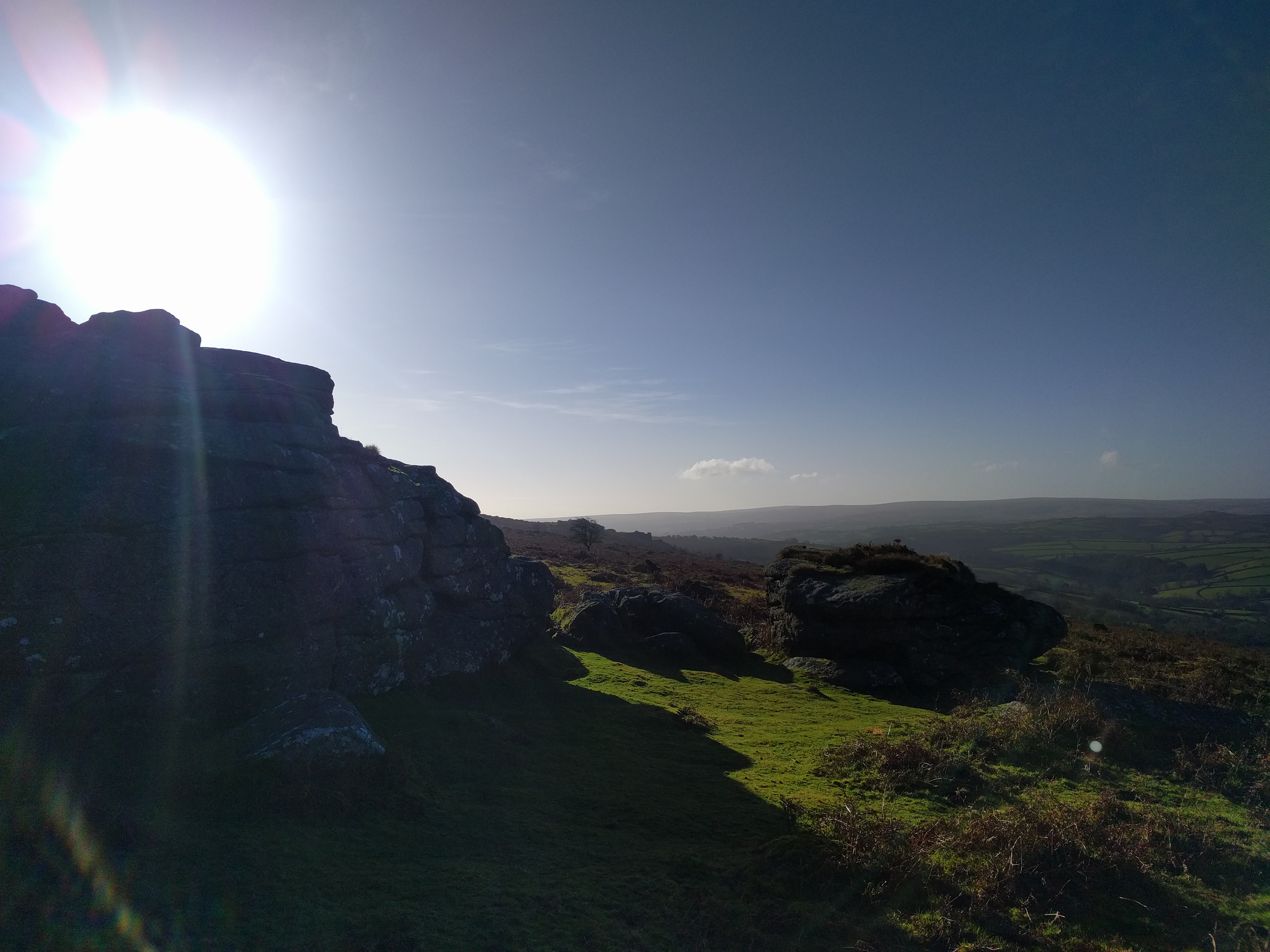 Now things got tricky as we headed downhill through the dying bracken and squelchy ground to try to find Rugglestone Rock. With a barrier of thorny trees and lots of soft ground caused by one of the tributaries of the East Webburn, it took a few gps readings and compass bearings before we got there. A lot of manoeuvering around branches and foot traps too. Finally we made it and a cup of hot Ribena was broken out to toast our success. This one goes down as one of the most hard fought tors so far.

Wanting to avoid the perils of our outward route, we kept closer to the field boundary this time and climbed the hill again closer to the house that’s there. This seemed to give an easier path, and certainly without the fight through trees we’d had on the way down. A bit of steady work and we were bypassing Hollow Tor again, and working our way over to Tunhill Rocks – the “tor of the day”. I liked this one a lot, as you moved around it, new facets opened up leaving plenty to explore.