It has been a month, and high time I ventured out to knock off the next section. Luckily the forecast was for two days of bright weather, little or no rain and wind and reasonable temperatures. It would have been wrong not to go for it.

I dumped the car on the outskirts of Witham, striking a fine balance between minimizing the walk to join the Way, and not having too far to walk back to the car when I got off the train at Witham on the way back. Even so, it was almost dead on 5km before I was back in White Notley where I left the trail last time. No sooner had I crossed under the railway, than I stopped for lunch.

This walk could almost have been titled: “A Tale of Two Rivers”, dominated as it was by stretches alongside the Blackwater and Colne. These also offered, on paper at least, the most promising options for a nice pitch for the night. Sadly it wasn’t to be and a good half an hour was lost in a couple of detours to explore the banks of the Blackwater in the hope of a secluded spot.

Sunset was colouring the sky, and with no pitch found I had to push on towards Coggeshall.

Courtesy of a wrong turn in the streets of Coggeshall, more time was lost, so it was dark before I finally rocked up at a spot I’d researched as a backup option. The corner of a field, just about shielded from buildings and the path. I didn’t have much else in the way of options, so made camp.

Conscious of a need to be up and away as soon after first light as possible, that was exactly what I did, and strode away on frosty ground. Just past Great Tey, I found somewhere to sit for breakfast and a brew up. One chap with 3 dogs looked at me with distaste as he walked by –  a not uncommon reaction. Things improved when I reached the Colne, and although I’d never have made it here last night, I wished I had as there were much pleasanter places to spend the night than my brambly field edge. The Colne was just nice full stop.

It couldn’t last though and as I arrived in West Bergholt I was trying to decide whether to stop here or carry on a bit — either way it was about the same distance to walk into Colchester for the train back to the car. The sight of a bus stop decided for me, and with a bus arriving 5 minutes later, the decision wasn’t that hard after all.

The wild camping’s getting harder, but the Essex Way itself seems to get better with each section. So looking forward to the next bit from Colchester to Manningstree.

and the walk so far: 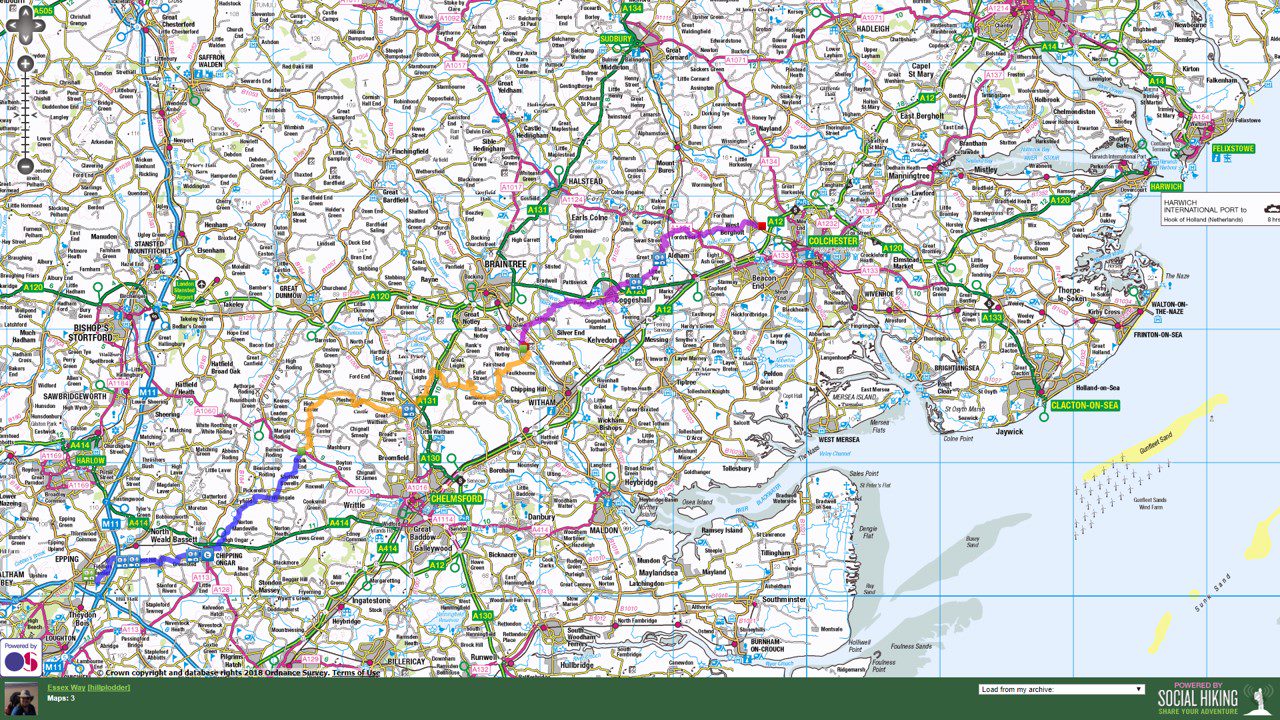