In need of a weekend in the hills, after much tossing up between an attempt to move my Cambrian Way marker forward by a couple of days and the idea of going somewhere new, I eventually fixed on a visit to the Arans. This came out of my research for the optimal way to get to the Cambrian Way (which is sadly stuck at Mallwyd, and not the most convenient place to get to). I suddenly realised that the option I was looking at meant taking the bus past some perfectly good mountains.

Leaving work late on an early August Thursday evening, I got the overnight coach to Chester, and then trains to Ruabon and bus to Bala. I was walking by the time everyone was starting their work day. A bit of work climbing up fields and through trees led to a few places where the supposed footpath just stopped at a fence, a few guessed changes of direction and then after what seemed like ages I was on open hillside, fighting my way over rough vegetation and heather. Progress was slow and I only made it as far as Moel y Cerrig Duon before deciding it was enough for the day. Day 2 was an easy drop down to the road at Bwlch y Groes and then a long trudge following a boundary round towards Esgeiriau Gwynion, before heading off for Foel Hafod-fynydd and the llyn at the foot of Aran Fawddwy, Creigllyn Dyfi. A bit of a slog got me up onto the top of the Arans where I picked off a few tops and enjoyed the views before the second camp on Waun Camddwr. Day 3, I’d planned to head over Glasgwm and down towards Dolgellau, but I doubted I’d have the time and opted for a more direct descent to Rhydymain for an early bus and train home. 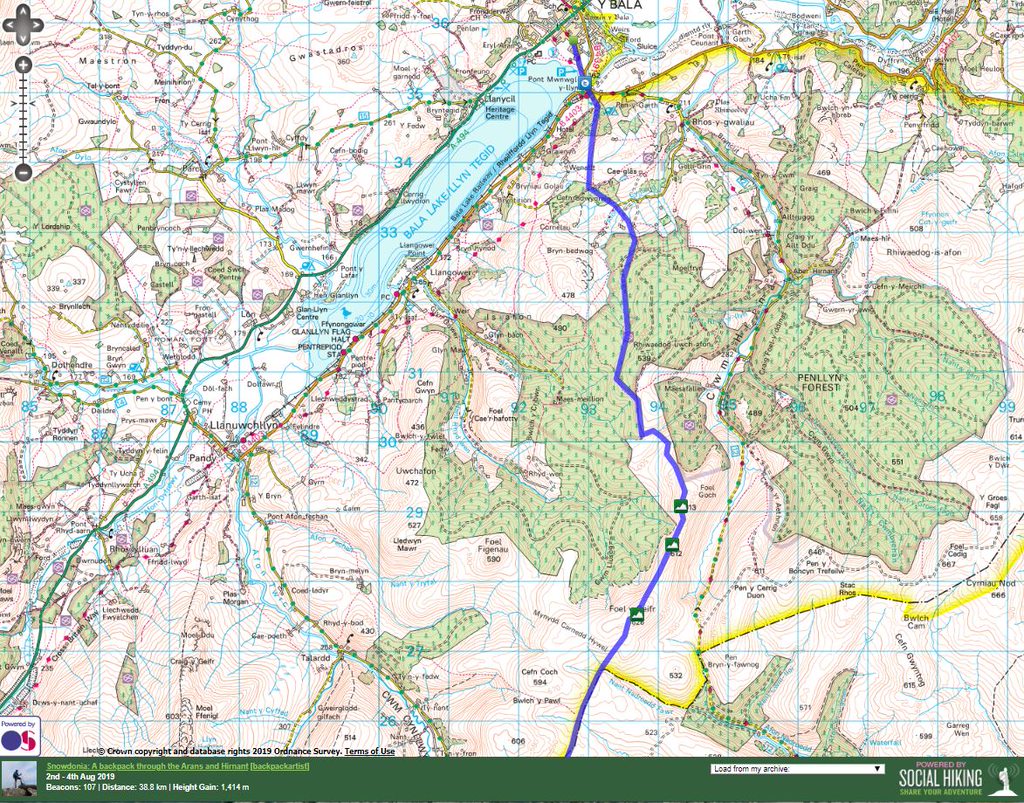 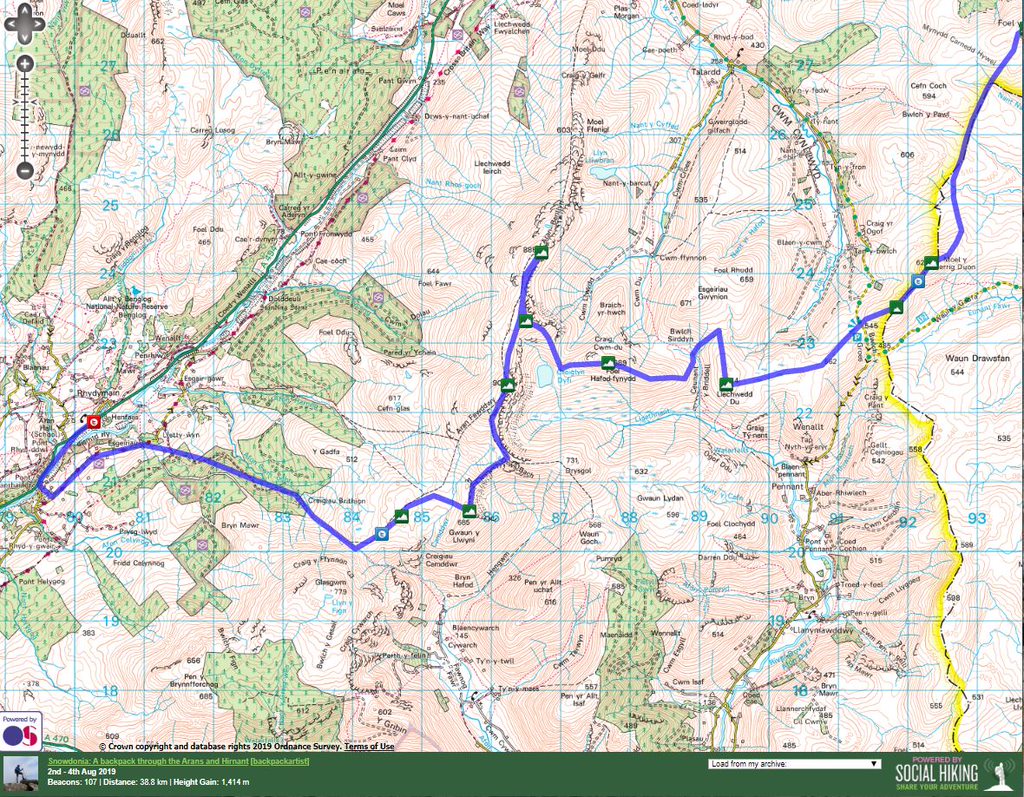 This was the first trip out with the new improved Lunar Solo, and I loved it, and the solitude of the Arans.

2 thoughts on “The Arans”