August, three weeks after my weekend in the Arans, and another trip. Another short one, as I had to be home to go away on a “proper” holiday. But just time for a couple of camps. Having walked all these hills before, I didn’t put myself under any pressure to bag anything particular or to complete a set distance – I simply wanted to enjoy camping high for a couple of nights.

And so, I rocked up in Merthyr on a Saturday afternoon for a bus to Storey Arms. As usual the A470 was strewn with cars on the approaches, and it was all an untidy mess of people. It was a relief to step onto the hill and climb up to Fan Fawr. The last time I came this way was a similar time of day, a Saturday afternoon, but the contrast couldn’t have been greater. Before was clag that had briefly disorientated me on Corn Du. That night I camped about half way up in miserable conditions and had a night “in”. This time, conditions were a bit more appealing and so the summit was my goal.

I climbed up and decided to drop just off the summit for a modicum of shelter, but also to leave the immediate summit clear. I found a patch looking down towards Fan Frynych and chilled out. The next day, it was so hot. I watched sunrise over Pen y Fan and then nipped down to the burger van at the bottom of the Big Hill for a spot of brekkie. A slog then up onto Y Gyrn and up to Corn Du by way of the obelisk. Corn Du’s summit was covered in flying ants. So was Pen y Fan, but I escaped the worst by leaving the Snowdon-esque queue of people waiting for their photo to be taken at the summit, and sitting on the edge of the summit plateau. Drones buzzed around overhead, rather annoyingly.

I continued onto Cribyn and Fan y Big, and then set off for Waun Rhyd with thoughts of a bit more solitude for camp. I got to Bwlch y Ddwyallt and thought better of it, and turned around to head back to Fan y Big. Water was an issue here, and so a diversion down to capture one of the streams that runs into the reservoir was needed. My legs had had it by the time I got back to the top. I pitched facing west for the sunset, but was soon overcome with flying ants, which mobbed the shelter and left me besieged inside behind a wall of mesh. I did make it out for some sunset pictures though. The next day, I got up for a nice sunrise and a bit of inversion in the valley below, and considered my options. My original thought was a walk back to Corn Du and down the ridge to Pontsticill, but that seemed far too much like hard work and I opted instead to drop down to the byway from Bwlch y Fan and out along the Taff Trail all the way back to Merthyr. This worked well and was just right for what I felt like doing. Another good weekend out. 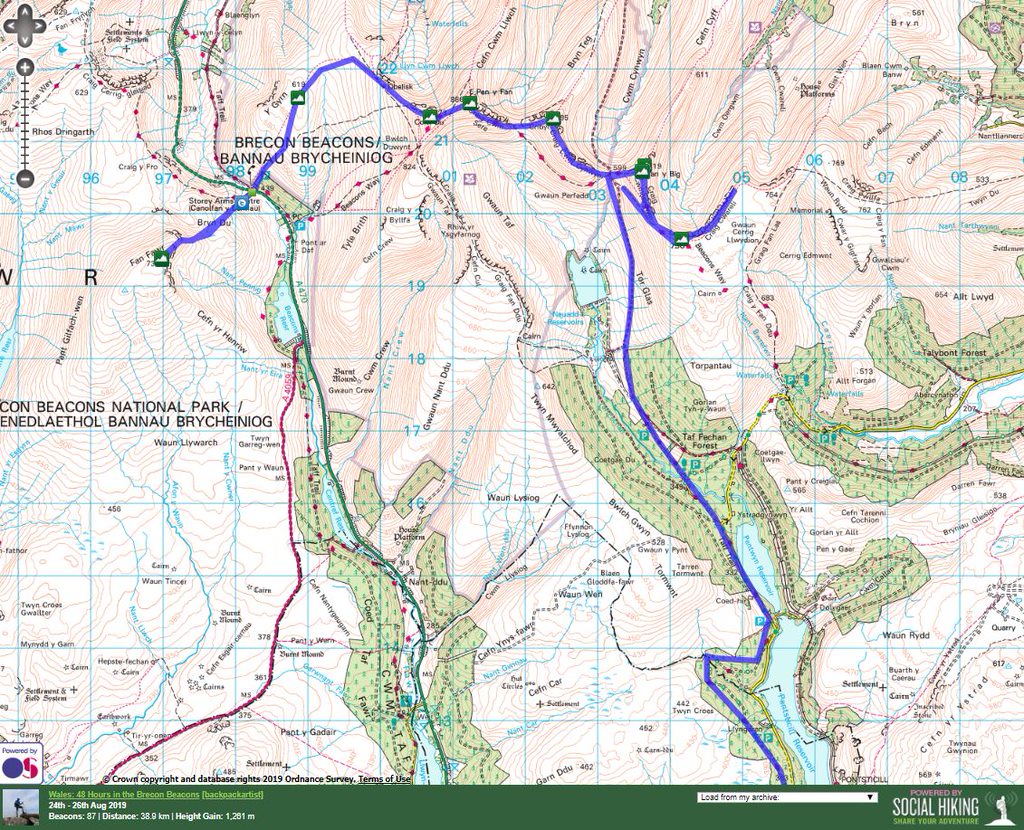 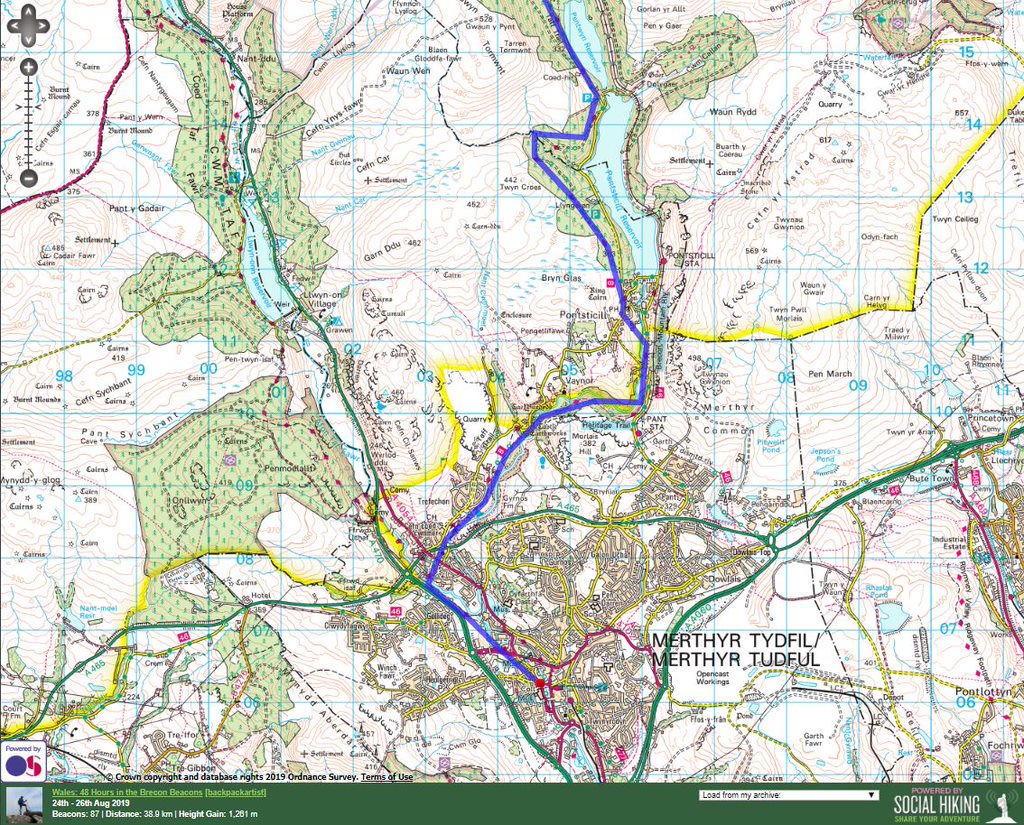