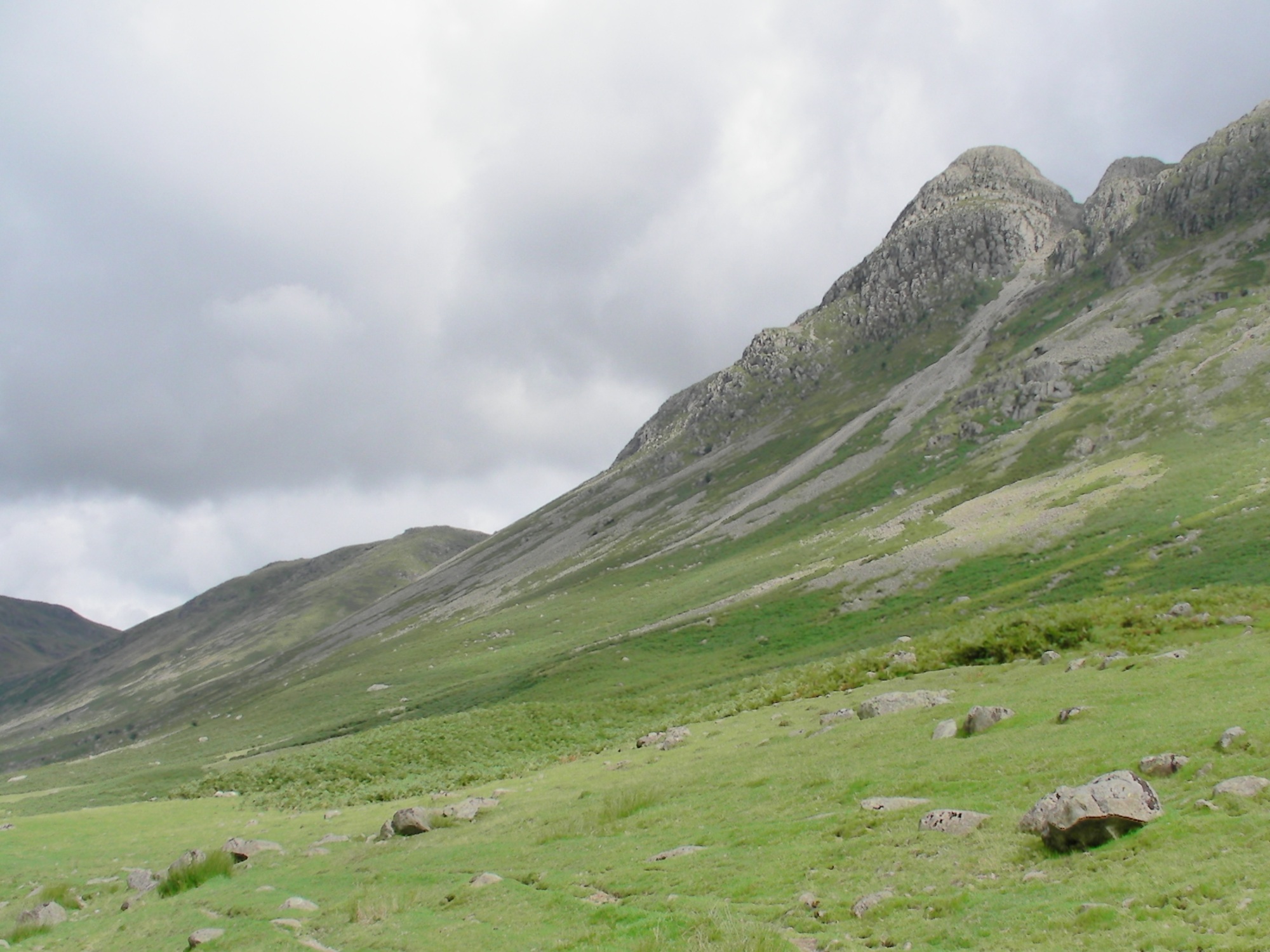 This has been an incredibly hard post to write.  I’ve been trying to find the words to explain what this fell means to me, and the words that have come just haven’t done it justice.  But I can almost hear some readers asking what all the fuss is about.  After all Pike of Stickle is just a slightly rude-looking bump and many would argue isn’t even separate enough to really count as a fell in its own right.  And you know what, in many respects you’d be right.

Pike of Stickle and I go back a relatively long way in my hill walking career – as far back as 2006. I’ve actually only summitted once, as I was running late on my last visit. But Pike of Stickle is not a fell I need to be on to enjoy.  To me the fell is a sort of beacon, visible from all directions, and more importantly recognisable from all directions.  Whenever I’m in Langdale or the Esk Hause area, I look up (or down) and see the little fell there and know everything’s ok.  I just like seeing Pike of Stickle exactly where it’s always been and always will be – whether it be rising up from the Langdale valley itself or peeping between outcrops on Glaramara.

Pike of Stickle was the first fell I ever attached the “favourite” label to, and before I actually sat down to think properly about which my favourite fells are, I considered it my favourite by default.  And so it seems a shame that a more considered approach means it only comes in at number 10 on my list.  And that’s one of the reasons this post has been difficult to write.  I feel I’m betraying the fell in some way.

Of course the reason Pike of Stickle has slipped down the list is that the fells which have overtaken have more to offer when you’re on them, or in getting onto them.  There’s really only one way onto Pike of Stickle – up onto the massif of the Langdale Pikes and then the short, at times scrambly, climb the last few metres to the top.  It’s not a particularly thrilling ascent unless it’s done in combination with Harrison Stickle or, better still, Pavey Ark.  No one seriously considers an ascent of Pike of Stickle direct from Langdale, as the entire Langdale face of the Pike is scree.  And pretty steep scree at that.

But in the unclimable there lies something else – beauty.  And so as I’m struggling to find the words, let the pictures tell the story.