So I’ve now completed the Wealdway, my Long Distance Path project for 2015 and it’s worth a look back at how it went.

I planned the walk to take advantage of the various railway stations the route crosses: In Kent and East Sussex railways run broadly east-west and so there are several instances where the path intersects them. This made for an obvious carve up of the route into sections that I could either do as day walks or add together into a multi-day walk.

Because I’d already walked virtually all of the Wealdway over the North Downs in the past, I decided that the first part of the walk would be a two day section so that I would get to walk some new ground. This also gave the opportunity to have a wild camp overnight. So successful was this approach on the first chunk of the route, that I decided that as the walk neatly fitted into 6 pieces, I would attempt it as 3 sets of 2 day walks, each with a wild camp. And I nearly managed it too – except that on the last part I quit the second day early, and had to return to do that as a single day walk at the end. I still managed to fit in a wild camp for this section though, making a total of 4 for the whole walk. Here’s how the schedule for the walk worked out:

This compares with a planned distance of 84.75 miles as originally mapped out. Actual average speed was 2.17 mph, but allowing for the slowing effect of ascent works out about 2.5 mph overall. This includes time to take photos, read the map, look at the views, and stops to take refreshment, so in reality my walking speed was higher and probably getting near to my normal 3 mph flat speed.

Day 7 broke the pattern. Because I was looking at around a two hour train journey each way, and ultimately needed more flexibility to fit a wild camp in, I drove down for the final day, stopping en route at a spot I’d spotted near the A26 on a previous section for a wild camp. I then drove to Berwick the next morning, did the walk, then got the train 3 stops from Eastbourne back to the car in Berwick.

Logistically, the walk worked really well. There’s nothing I would change.

Accommodation was a series of 4 wild camps, using 3 different shelters:

Camp 1 was near to Mereworth Woods. I used my Luxe Hexpeak but only the flysheet, sleeping in an Oookworks Banana Bivvy inside. A cold night.

Camp 2 was in Ashdown Forest. I found a patch big enough for my HiGear Soloista among the gorse.

Camp 3 was in a dip at the edge of a field in the Cuckmere Valley. This was the least well-hidden camp,and relied totally on the low likelihood of passers-by. The low profile of the Soloista helps here.

Camp 4 was supposed to be in a field between Berwick and Wilmington, but I ran out of daylight and so stopped a few miles north of Uckfield on the drive down. Even so the camp was a only few hundred yards from the Wealdway. Here I used my Snugpak Ionosphere which has now replaced the Soloista.

Obviously I could have done the whole walk as day walks without the need to wild camp, but I’m really pleased I did.

As I said in my post on planning the walk, the Wealdway cuts across the three bands of uplands running through Kent and Sussex – The North Downs, High Weald and South Downs, roughly corresponding with the 3 sets of two-day walks I’d intended to do. Although I’d walked the North Downs extensively, the other two were new to me, so everything after day 1 was an adventure.

The walk over the North Downs could have been really boring, but familiarity instead meant that I was free to simply enjoy the walk without having to think about navigating. That is until I got to the quarry and found an absolute mud fest. That pretty much spelt the end for the trail shoes I started the walk in.

Day 2 was all about hop gardens, oast houses and a long stretch following the River Medway to Tonbridge. 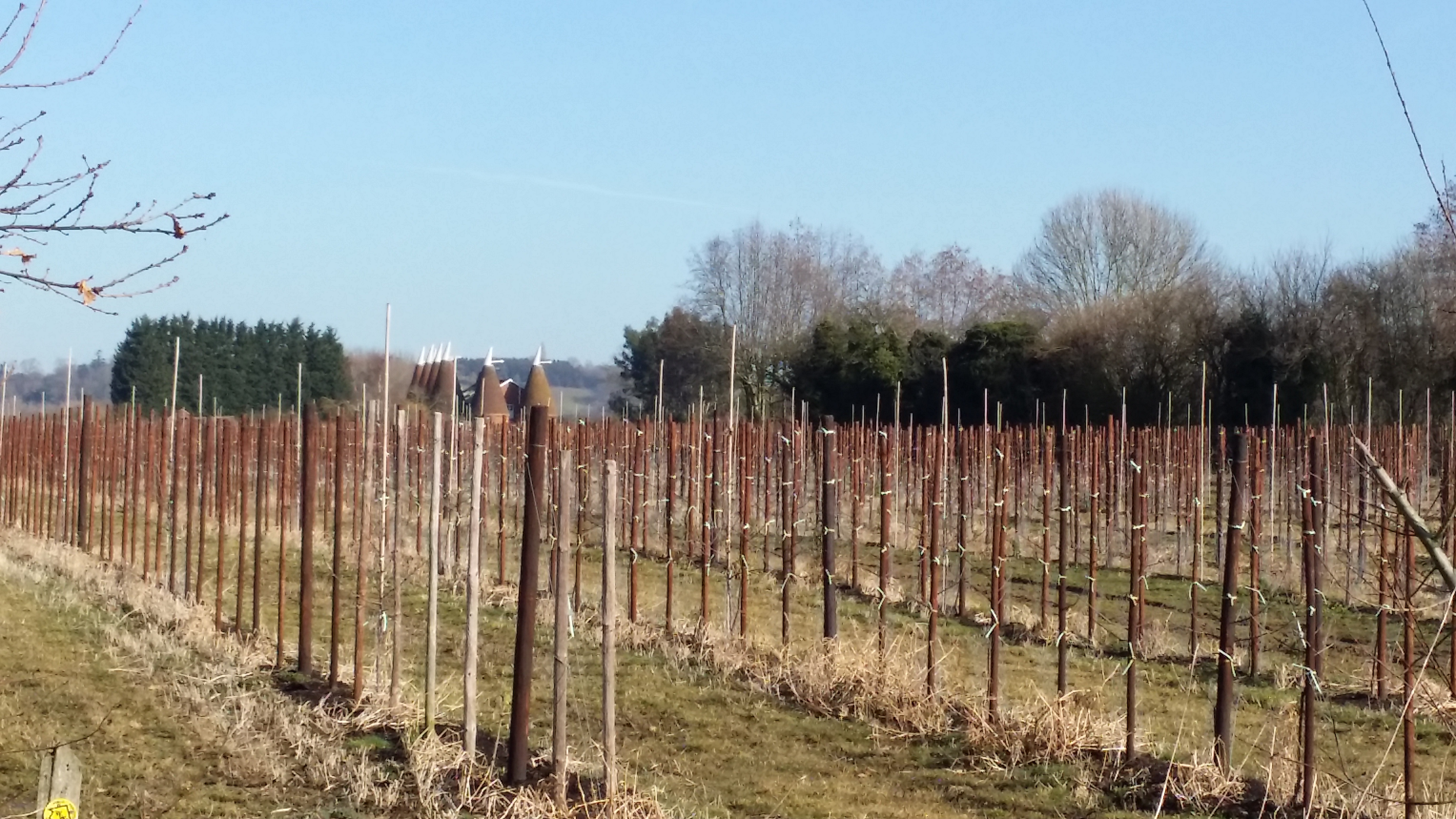 Days 3 and 4 were hard work, and saw me leave Kent and enter East Sussex. At this point the signage became a bit more random – both in the variety of waymarking used and the quality and frequency of it. The most memorable part of this stretch was Ashdown Forest – an area I’d not visited before.

Day 5 saw the biggest cock-ups of the walk. First part of the route had been closed off, without the detour being apparent. Then at the end of that day the Wealdway disappeared into a housing estate on the edge of Hailsham, and I never found it officially again until the other side of a new housing development that wasn’t there when the map was printed. This cost me loads of time and saw me camping sooner than I’d intended. I felt drained at the end of that day and that’s one of the reasons I only did a few miles the following day. That aside, the distant view of the South Downs inexorably getting closer dominated the walk and my feelings about the impending end of the project.

Day 6 was short. Very. A mere 5 miles from camp, with the prospect of nearly another 15 to the end in Eastbourne, just felt too much to achieve in one day. So I decided to stop at the convenient railways station in Berwick, just off-path, realising that this would then make for a more sensible final day, or a nice easy day and a bit. So that’s what I did.

The final stretch was done under the dual, albeit self-inflicted, pressures of wanting to complete the walk before the end of the year and needing to have a wild camp to maintain my goal of a wild camp in every month of the year. So I drove down to Berwick, stopping a little way up the road for a camp, before driving to Berwick first thing the next day.

Day 7 was hard going. A climb up onto the hills of the South Downs and the long grind to the end of the walk, but I had views all day, and made me want to revisit the South Downs a bit more.

Was it All Worth It?

The Wealdway turned out to be a good choice of long distance path. The number of sections fitted comfortably into the year. It had a bit of up and down. There were opportunities to camp out. And having done (most of) the nearby North Downs Way, I felt that the variety of terrain and scenery were much better on the Wealdway. rather than following a line of hills, I was going against the grain of the land, and I was quite literally reliving memorable geography lessons from school: the ones where we learned about the geology of Kent and how the Wealden dome was eroded to form the North Downs, High Weald and South Downs.

In a crowded part of the country, I encountered no one else walking the Wealdway itself – just the occasional local dog-walker, and then a whole load of people when I got to the South Downs. This path reinforced my liking for less-frequented and unpopular routes. So much so that my next project will quite likely be another of the less well-known walks.

So in a word was it worth it? Yes.

2 thoughts on “A Look Back at the Wealdway”