This trip had been in the diary for a very long time, ever since the day I signed-up to support Terry Abraham’s Blencathra film in March 2015. With me opting for the VIP premiere tickets package, this meant I knew pretty much what I’d be doing this particular weekend. Hopes of a more extended trip faded as other, art-based, priorities won out leaving me with a Friday to Monday trip. It would be long enough though…

I met up with Cath at Penrith, stocked up with essential supplies in Booths (ie beer), and we headed for Patterdale. The plan was a walk in the Far Eastern fells, and ideally to do a circuit from Patterdale up to High Street then along the ridge to Pooley Bridge. Things didn’t turn out that way though and we settled for a more leisurely stroll in the fells closer to Patterdale – Angletarn Pikes, Brock Crags and then back with a detour to Beda Fell. It was enough and gave the opportunity for a wild camp.

Having promised Cath a camp at Angle Tarn on a previous trip in March 2014, when she’d bailed early, it seemed like the obvious place this time, despite the prospect of being busy. Mind you I’ve camped twice at Angle Tarn before and both times I had it to myself. So a crowd wasn’t a given.

We made our way down from Brock Crags looking for anything resembling a suitable pitch on that side of the tarn. With the wind from the east, there wasn’t much to be had in the way of shelter, so we found ourselves on the other side of the tarn and set up camp in the same spot as my first camp there.

Cath then proceeded to show how not to erect a tent, managing to get Henry pitched and staked out inside out. Mind you, it took me a while to notice too.

As the light faded, we were joined further around the tarn by another tent, pitched a respectable distance away. A further pair of tents pitched on the other side of the tarn. Then it was all ruined by a big group – I counted 13 or 14 tents the next morning – who parked right next to one of the other solo tents, and promptly set about partying loudly until 1am. I suppose that’s what you get camping at such a popular spot, but I really felt for the people just along from us who’d been camped on top of.

Curses being rained on the miscreants, we set off the next morning, climbing back up the side of Angletarn Pikes for the walk out and back along the ridge to Beda Fell. Brief thoughts of doing Place fell too faded as the timings looked too tight for the bus times needed to get ourselves back to Penrith for the premiere. So instead we settled for an earlier finish and a pint in the Patterdale Hotel.

Back in Penrith we checked into Wayfarers Hostel (highly recommended), showered and changed and headed for Rheged. First to arrive we chatted with a lady from British Cycling before heading for the VIP area, and the free beer on offer. Well it would have been rude not to. Clearly there was some miscommunication as the free beer turned out to be Eden Gold, until Terry had a word and it was swapped for Sharp Edge, the beer brewed especially for the event. Actually I preferred the Eden Gold. We headed into the film and enjoyed a couple of hours of Terry’s trademark cinematography, although the highlight of the film for me, and probably many, was a comedy sketch set on Sharp Edge. 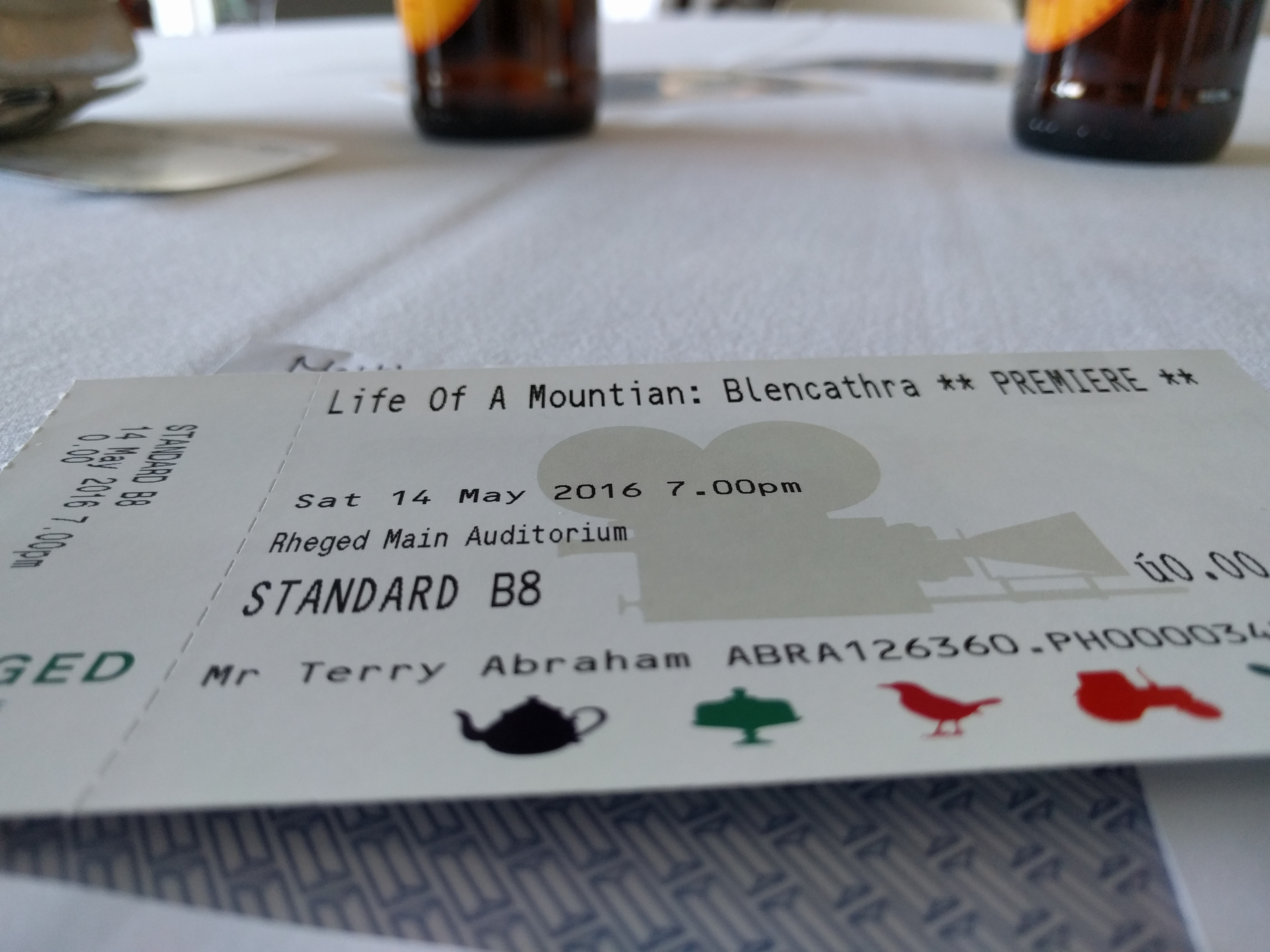 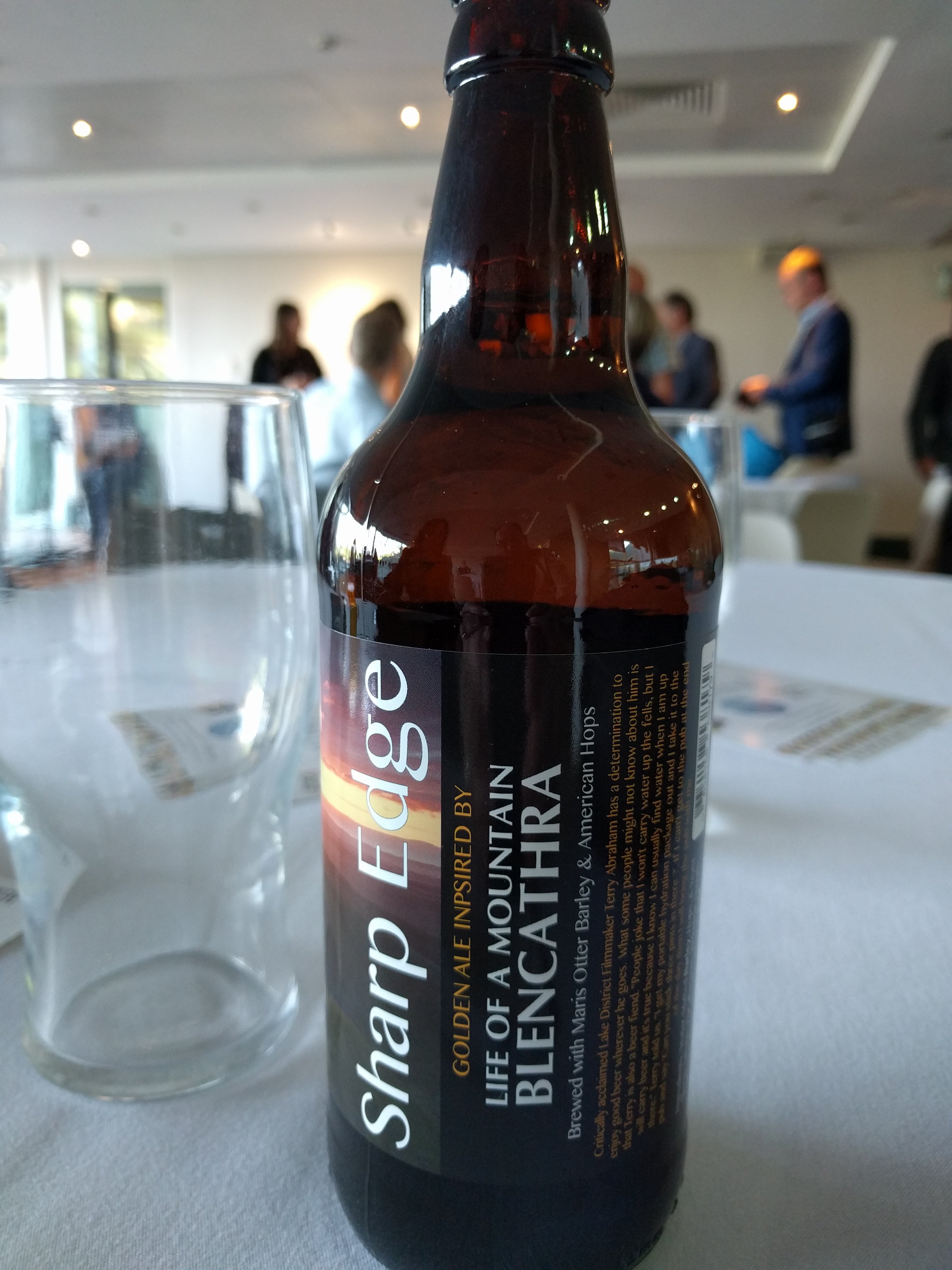 After the film we milled about a bit and then met up with Dale (@dribelad) for a beer.

Plans had been made for a meetup on Sunday morning in Grasmere, and a big group of 16 or so people, plus assorted dogs, gathered at the garden centre before heading up onto Silver How. Unlike everyone else though, I wasn’t coming back down – at least not today. Laden with a full backpack, and slowed down by shooting scenes for the video, I easily fell behind, especially when the more intrepid element decided to carry on along the ridge. Losing time saying goodbye to the remainder of the group on Silver How, I tried to catch the continuers up, managing it briefly before losing them completely. I eventually saw them heading down the side of Blea Rigg into Easedale. A wave, but they probably didn’t see me.

The day was now mine, and freed of the shackles of maintaining a particular pace, I went at the speed that my pack, my camera and my iffy legs allowed. A pop up onto Codale Head where I rested awhile and tried to decide what to do next. I had a camp spot in mind that would be convenient for a bus to the station the next day, but also toyed with a really high camp given the conditions. Eventually, one of the spots I’d liked on the way up the ridge won out and I dropped down a short way to a spot where I was overlooking Codale and Easedale Tarns on the one side, and Stickle Tarn on the other. I wouldn’t get much of a sunset, but I should be well sorted for sunrise. And so it turned out….